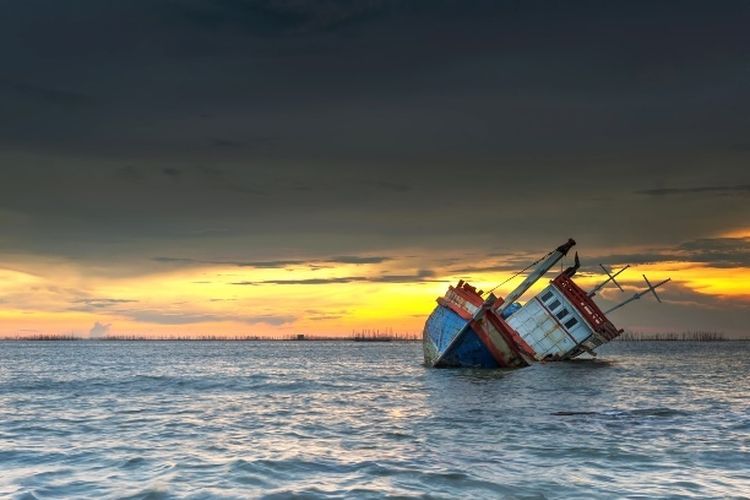 KOMPAS.com - For better or for worse, social media is an integral feature in our lives. But for four fishermen in the Indonesian province of Gorontalo, this medium proved to be a lifesaver after their fishing boat capsized in Tomini Bay on Tuesday, June 1.

One survivor, 42 year-old Aslam, recalled that the accident took them by surprise. "We were sitting on the boat fishing when high winds and a freak wave suddenly hit the vessel, causing it to capsize quickly," he said.

"Before long, myself and my friends Adi Wirahman, Malik and Stinki were clinging to the wreckage of the boat," Aslam added. But then the men struck a piece of good luck.

"Fortunately for us, one of our smartphones has enough power to record our plight. The video was immediately uploaded and sent to our families," he recalled. Aslam did not say which one of the group, who ranged in age from 21 to 42, sent the video, which soon went viral.

The families of the men notified the authorities after they viewed the 19 second video, which showed the four anglers clinging to their boat.

"We raced to the scene with a rescue squad from the police, the mlitary, and civilian volunteers at 11:50 am, after we received a tip off from one of the men's families," said I Made Junetra, the head of Gorontalo Province's SAR branch, on Thursday, June 3.

"Less than an hour later at 12:40, we found the four men floating in the wreckage of their boat and proceeded to evacuate them." The SAR personnel Officers took the shipwrecked men to the nearest pier at the Pohon Cinta tourist area, where they were reunited with their families.

The National Mitigation Agency or BNPB has warned of extreme weather conditions over the next few days with the onset of Cyclone Choi-Wan, which is expected to strike Indonesia, particularly the eastern part of the country this week.

The agency warned that the cyclone will cause waves of between 2.5 to 6 meters, as well as high winds off Gorontalo, North Sulawesi and Maluku. Cyclone Choi-Wan will also bring about flash floods and landslides further inland.