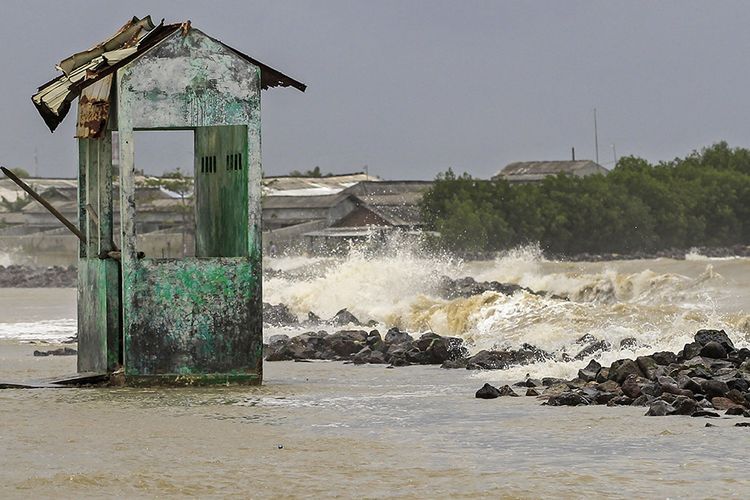 Lihat Foto
A file photo of tide flooding in one of the coastal areas of Indonesia, Indramayu regency in West Java dated May 7, 2021. (ANTARA FOTO/DEDHEZ ANGGARA)

JAKARTA, KOMPAS.com – The Meteorology, Climatology and Geophysics Agency (BMKG) has warned of tide flooding, including in Jakarta’s Coastal areas, from May 28-30.

Speaking to a press conference following the observation of the super flower blood moon eclipse in Jakarta on Wednesday, May 26, Maritime Meteorology BMKG head Eko Prasetyo said that Jakarta is among the 11 areas where the tide flooding is likely to occur.

“BMKG has identified 11 areas where the tidal flooding is likely to occur at different days and times. It may occur from May 26-27 in some places, while it may occur on May 28 in North Jakarta, and May 30 in Banten,” State News Antara quoted Eko.

He said the tide flooding was indeed related to the lunar eclipse phenomenon, which occurred in Indonesia on Wednesday night.

“Along with the lunar eclipse or the super flower blood moon eclipse phenomenon, tidal flooding may also occur in the Indonesian territory,” he added.

He said since May 24, the high-speed wind has been consistently blowing at 46 kilometers per hour in some Indonesian waters. This phenomenon is expected to increase significant wave height up to three meters in the Java Sea, Flores Sea, Banda Sea, Arafura Sea, west of Sumatera waters, south of Java to East Nusa Tenggara.

The super flower blood moon eclipse phenomenon affects the maximum tide conditions, which may cause tide flooding in several coastal areas of Indonesia.

The coastal flooding could disrupt daily activities at the ports and coastal areas. However, Eko called on the public to remain calm as this astronomical phenomenon appears every month.
“Let us remain vigilant and be prepare for mitigation efforts against the tidal flooding,” he said.