Lihat Foto
Protesters fill a street in Mandalay, Myanmar on Sunday, Feb. 7, 2021. Tens of thousands of people rallied against the military takeover in Myanmar's biggest city on Yangon Sunday and demanded the release of Aung San Suu Kyi, whose elected government was toppled by the army that also imposed an internet blackout. (AP Photo)(AP PHOTO) 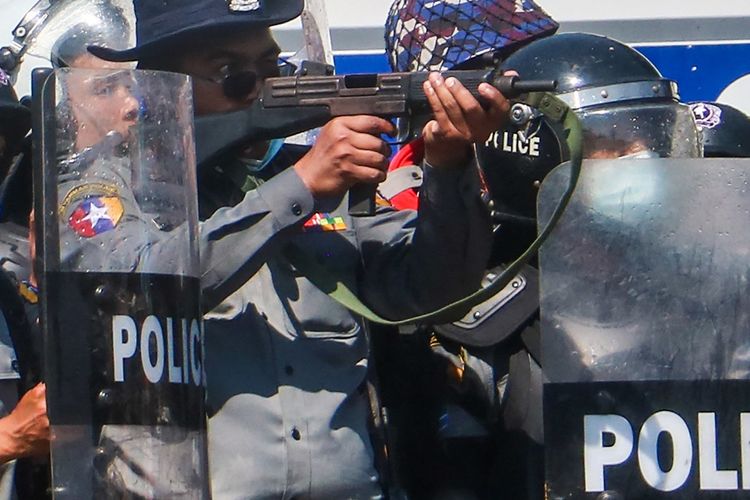 Lee Morgenbesser, a senior lecturer at Australia's Griffith University whose research focuses on authoritarian regimes and Southeast Asian politics, shares a similar view. The expert told DW that "the coup confirms — if any further confirmation was needed — that authoritarian rule is a mainstay of political life in Southeast Asia."

Myanmar's experience is just the latest example of the "inherent fragility" of attempts at democracy in Southeast Asia, he said.

Despite embarking on an ostensible democratic transition in recent years, the Tatmadaw, as Myanmar's armed forces are known, never ceded power.

The military-drafted 2008 constitution reserves 25 percent of parliamentary seats for the army and hands it control over the ministries of defense, interior, and border affairs, guaranteeing it a key role in political affairs.

The coup bears hallmarks of the one in neighboring Thailand, where seven years ago the army toppled a democratically elected government under the guise of resolving political conflict and restoring "peace and order."

But the promise made by Prayuth Chan-ocha, the junta leader at the time, that the military would hold power only temporarily turned into nearly five years of military dictatorship, during which the junta engaged in constitutional engineering that eventually saw Prayuth cling to power through the ballot box via the military's proxy party in 2019.

Also read: Public Confidence in Democracy Takes a Hit from Covid-19 in Indonesia

Similarly, the Tatmadaw could settle in for the long haul as the armed forces, which previously ran the country for five decades, are "certainly no stranger to ruling Myanmar for long periods of time," Morgenbesser said.

"The problem is that the Tatmadaw has found the political status quo to be untenable, which suggests they will attempt to rig the political system again in their favor," he added.

After saying the November election results were invalid, Myanmar's military has pledged a new vote after the yearlong state of emergency.

Kurlantzick fears that the armed forces will "try the Thai way of managing a return to quasi-democracy with a different electoral system that is biased against the NLD and favors the military and its allies, as the Thai military has done."