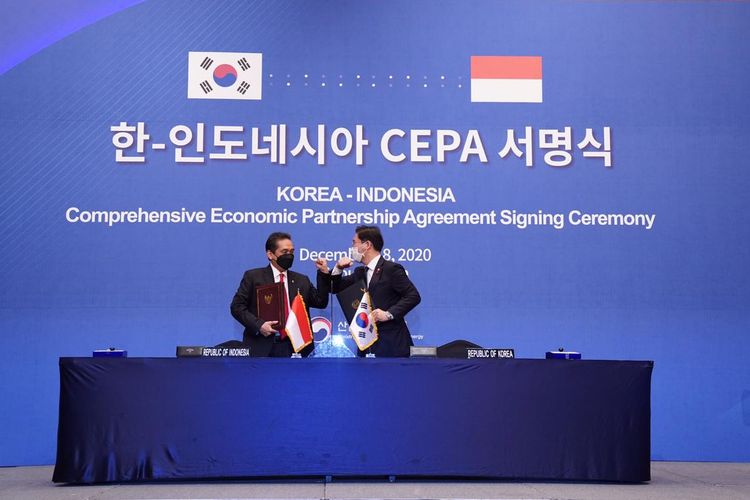 Lihat Foto
Indonesia and South Korea agreed on a bilateral economic and trade cooperation agreement with the signing of the IK-CEPA.(Dok. Humas Kemendag)

JAKARTA, KOMPAS.com – Indonesia and South Korea agreed on a bilateral trade deal with the signing of the Indonesia-Korea Comprehensive Economic Partnership Agreement (IK-CEPA).

“It cannot be denied that one of the reasons for Indonesia and South Korea’s close relations is the latter’s cultural influence. It has introduced interesting and attractive Korean drama, variety shows, and K-Pop music.

“This bond has proven to be a strong factor in further strengthening bilateral relations.”

According to Agus, the role of culture affects the improvement of business ties, thus Indonesian society’s vested interest in Korean culture has propelled trade cooperation between the two nations.

The next step for the IK-CEPA is the ratification process and once done, the trade deal with South Korea will come into effect. Indonesia has been given 90 days after the signing to ratify the agreement which the government must first announce to the House of Representatives.

The House of Representatives will have 60 days to agree on the groundbreaking trade cooperation before it is officially ratified through an official government law or presidential regulation.

Should the IK-CEPA be ratified, the volume of trade between both countries is projected to increase by 5-10 percent at the start and even increase to $20 billion.