Lihat Foto
Islamic Defenders Front (FPI) chief Rizieq Shihab gets ready to be interrogated at Jakarta Metropolitan Police headquarters prior to his arrest on Saturday, (12/12/2020)(ANTARA FOTO/Hafidz Mubarak A) 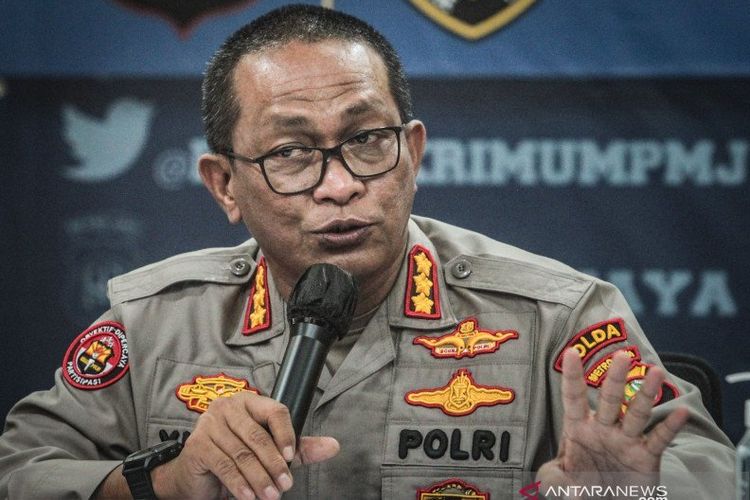 JAKARTA, KOMPAS.com – Islamic Defenders Front (FPI) head Rizieq Shihab is gearing for his day in court less than a month after the Jakarta Metropolitan Police detained him for repeatedly violating health protocols since his return from a three-year exile in Saudi Arabia last November.

Rizieq’s lawyer Aziz Yanuar said the Jakarta State Court has set a pretrial hearing on January 4, to give the firebrand cleric a forum to convey his lawsuit against the authorities for unlawful imprisonment, though his original sentencing only lasted until December 31.

Azis’ fellow attorney Kamil Pasha slammed the authorities’ step as “illegal and have no legal basis”, and hoped the court will throw out the charges against his client.

The Jakarta Police also refused to issue a permit for FPI to demonstrate against Rizieq’s arrest as well as the shootout between the police and FPI, which killed six members of the latter.

In other news, Coordinating Minister for Poltical, Legal and Security Affairs Mahfud MD has disclosed the discovery of a Jemaah Islamiyah (JI) cell of young militants whose aim was to terrorize VVIPs as part of their wider plot against the Pancasila state ideology.

On the medical front, the Indonesian Doctors Association (IDI) announced that it is ready to aid the government to convince the Indonesian public to take Covid-19 vaccines.

Read on to find out more about these stories:

The Jakarta Metropolitan Police said it will not issue a permit allowing FPI to protest the detention of its jailed head Rizieq Shihab before the Presidential Palace and the deaths of six members of the vigilante group, who were shot and killed by the police last week.

“After all, the Covid-19 pandemic…

3 Dead in Jakarta Floods after...
BUSINESS