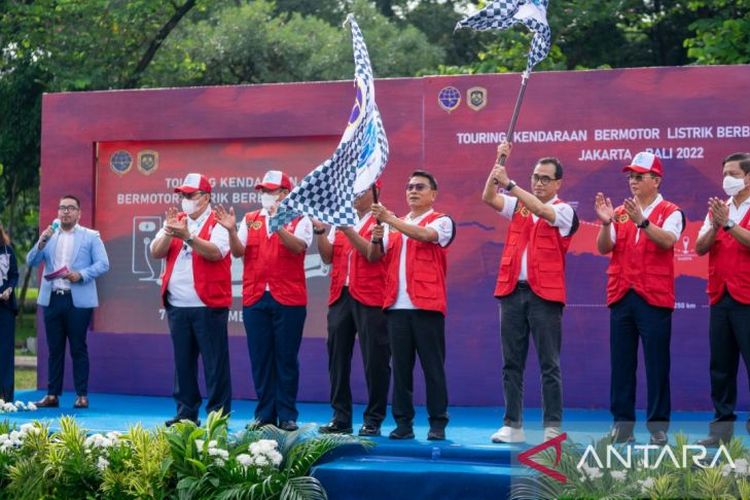 "Our meetings on the development of electric vehicles continue. We consider incentives to make Indonesia more than a market in Asia because Thailand and Vietnam both have good incentive schemes. We also aim for environmental adjustments," Moeldoko said at the battery electric-based vehicle touring flag-off event at the National Monument complex Monday, Nov. 7.

The KSP chief said incentives were necessary to accelerate the development of electric vehicles in Indonesia. The government has prepared for the details of the incentives.

"We have found the exact incentives percentage, but we could not announce it yet as we must first consult with the finance minister," Moeldoko said.

Regarding the electric vehicle touring event organized by the transportation ministry, the KSP chief said the proof of the reliability of electric vehicle performance could convince more residents to convert their vehicles.

He lauded the event as a dauntless attempt to respond to the residents' concerns on whether electric vehicles could be used for long-range travel and other issues on energy supply and safety.

The touring event is also expected to attract investments and creative ideas to advance the battery-based automotive industry in Indonesia, he added.

"Electric vehicle is convenient and quiet. Our effort must not stop on this touring, and we must start our nation's great migration to electric power," Budi said.

Indonesia to Speed Up Borobudur Highland...
Comments
There are no comments
Comment wisely and responsibly. Comments are entirely the responsibility of the commentator as regulated in the ITE Law
Thank You! We have received your report. We will remove comments that conflict with the Community Guidelines and the ITE Law.