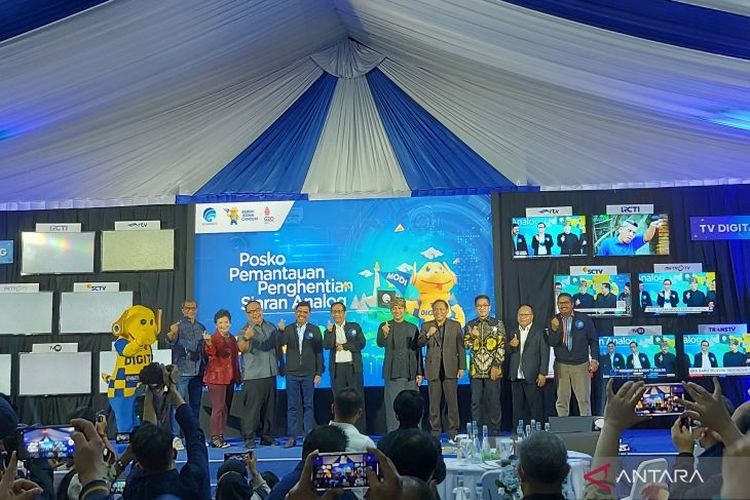 "We expect that by entering the digital broadcast era, there will be a variety of content with better quality that promote culture," Communications and Information Minister Johnny G. Plate said during the analog broadcast termination countdown event.

Broadcast digitalization is necessary for the survival of the national broadcast industry amid the emergence of alternative broadcasts through new media, he said on Thursday, Nov. 3.

The analog switch-off (ASO) or analog television broadcast termination was applied in the Greater Jakarta area on Nov. 2.

The ministry symbolically held an ASO countdown event at the ministry's complex in Central Jakarta from 9:30 pm local time on Wednesday until Thursday.

Meanwhile, 173 districts and cities that never received analog television broadcasts (non-terrestrial) throughout this time will immediately transition to digital broadcasts.

The ministry and broadcasting institution, as the digital broadcast multiplexing organizer, have provided subsidies in the form of set-top boxes for poor households that have analog television hardware.