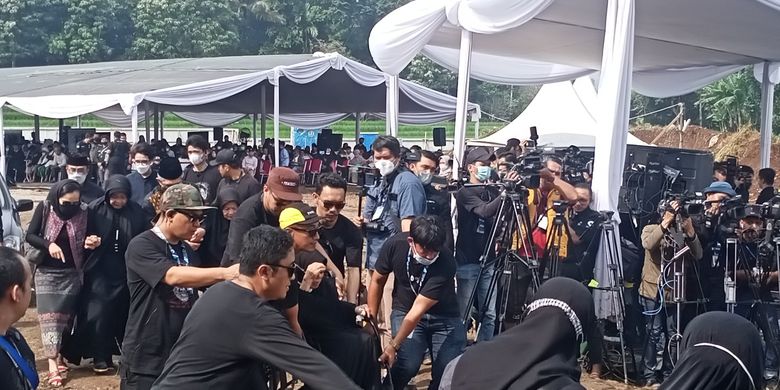 President Joko Widodo on Friday said he contacted the governor to pay his “deepest condolences”.

Cabinet ministers and politicians also paid their respects, welcoming his son’s body on arrival in Jakarta and meeting Kamil before the funeral.

“Eril was a good person. God willing, Eril will be granted the best place next to God,” Ganjar Pranowo, the Central Java governor who is also a favourite to win the presidential election, tweeted Monday.