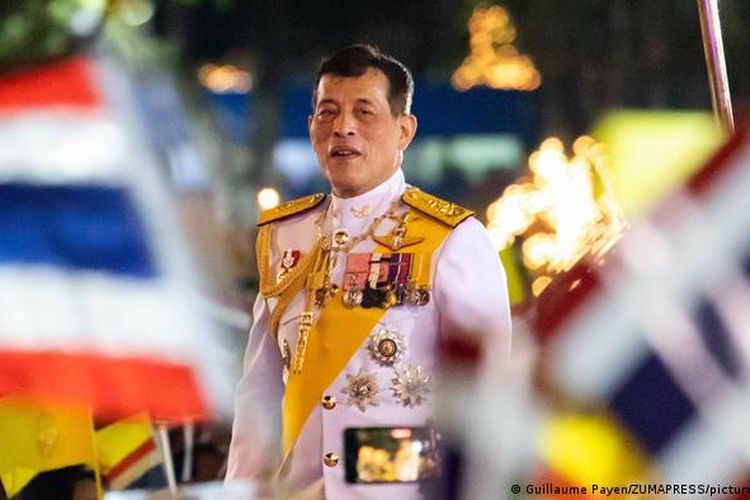 "We have clearly communicated our position to the government of Thailand," an official source in the German foreign ministry told DW. "We assume that no decisions will be made on German soil by their representatives that contradict the German legal system, international law, or internationally guaranteed human rights."

"The Thai government has assured us that it will accept this requirement and act accordingly," they added.

However, another source in the German foreign ministry, who requested anonymity, said they are continually assessing the situation and could alter their stance if any new information was to come to light. Pressure from politicians and civil society actors in Germany for a change of government policy continues.

Junya Yimprasert, a European-based Thai activist who runs the organization Act4Dem, has been campaigning for years for the Berlin government to get tough on King Vajiralongkorn. During the protests in Bangkok in 2020, Junya and her organization projected slogans critical of him across buildings in Germany, including the country's parliament and the Sonnenbichl Hotel.

"We would be grateful if the German government removed the immunity of the Thai King and opened the pathway for a criminal procedure under the German law to proceed," she said.

It is believed that local investigators are now looking into the monarch's tax affairs on his second home in Tutzing, which he reportedly purchased for 10 million euros ($11.3 million) several years ago. There are also questions over whether he should have paid inheritance tax in Germany following the death of his father, the late King Bhumibol Adulyadej.

King Vajiralongkorn reportedly received an estimated $10.6 billion in inheritance from his father. Under German law, inheritance tax is 30 percent, meaning the king could owe the German state nearly $3 billion.

"It is a scandal that a multi-billionaire apparently does not pay inheritance tax in Bavaria, although immunity under international law does not provide for an exemption from this," Dagdelen said. "The king's privileged treatment must end."