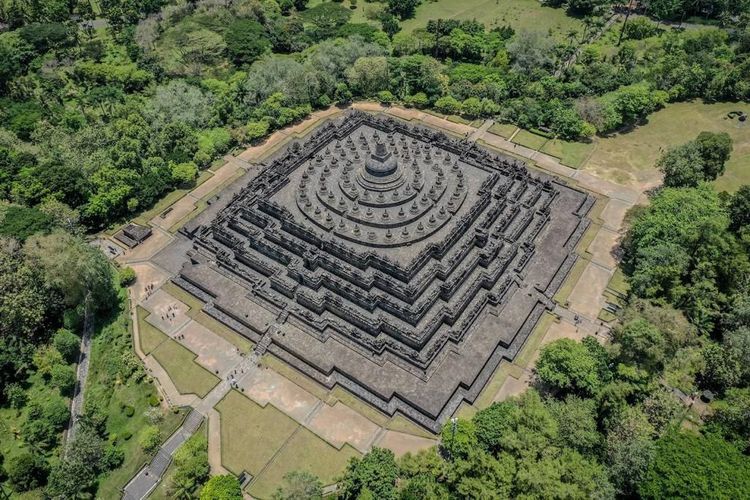 KOMPAS.com – Indonesia’s centuries-old temples Prambanan, Borobudur, Pawon, and Mendut in Yogyakarta and Central Java have been announced as global places of worship for Buddhists and Hindus, Indonesian officials said.

“The temples can serve as places of worship for the Buddhists and Hindus in Indonesia and from all over the world,” State News Antara quoted Religious Affairs Ministry’s special staff coordinator Adung Abdul Rochman during the signing of a memorandum of understanding (MoU) in Yogyakarta on Friday, Feb. 11.

He said that the four temples have been mostly used for research, culture, and tourism. However, the Buddhist and Hindu devotees can now hold religious rituals based on the initial purpose of the temples, he added.

Hence, temple visitors would not only witness the beautiful elements but also see worship activities by the devotees.

“The utilization is carried out while still paying attention to the aspects of preserving cultural heritage and its values and not contradicting regulations from both the Indonesian Government and UNESCO,” he said.

Religious Affairs Yaqut Cholil Qoumas said that the steps taken will further strengthen the harmony and cooperation of all parties to jointly develop and utilize the temples in the perspective of cultural spiritual values.

Besides, the temples would not only serve as places of worship but would also promote tourism under the government program on five ‘Super Priority Destinations.’

The MoU was signed by representatives from the Ministry of Religious Affairs, Ministry of Education, Culture, Research and Technology, State-owned Enterprises Ministry, Tourism and Creative Economy Ministry as well as the Yogyakarta and Central Java provincial governments.