BANGKOK, KOMPAS.com – Two critically endangered Sumatran orangutans on Thursday were brought back to Indonesia by air years after they were smuggled into Thailand.

"The pair, Ung Aing and Natalee, were smuggled by poachers when they were still babies three years ago. Now the duo is four years old," Euronews reported on December 17.

Police said that Ung Aing and Natalee were initially meant to be sold to a tourism business.

The police, however, managed to intercept the wildlife traffickers between Malaysia and Thailand borders following a tip-off from the public in June 2017. Besides the two orangutans, the police also rescued 39 Hamilton tortoises, 12 Indian turtles, and six raccoons.

The two orangutans have been living in a wildlife rescue center in Thailand. Once they are back in Indonesia, they will undergo a rehabilitation program before being released back into the wild in Sumatra. 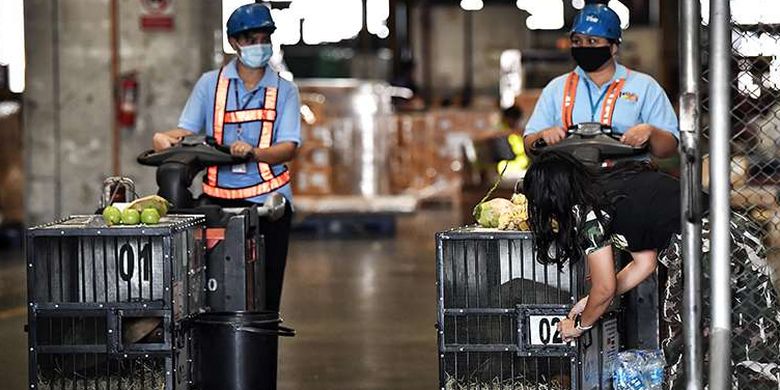 Animal experts of the Chulalongkorn University in Bangkok have already conducted Covid-19 tests on the duo ahead of their journey back home, according to the AFP news agency on December 17.

The two orangutans were also given pre-flight snacks comprising bananas, coconuts, and electrolyte drink through a small hole in their cages. They were first hiding behind gunny sacks as they were reluctant to take the snacks. But, they finally had their food before flying back home.

Thai Department of National Parks and Wildlife deputy director-general Prakit Vongsrivattanakul said that 69 smuggled orangutans have been sent back to Indonesia since 2006. Many of those were able to be released back into the wild.

Although the two orangutans are…