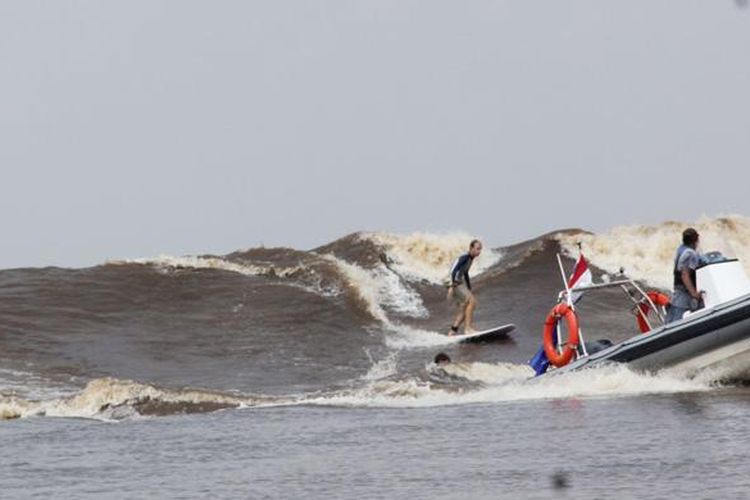 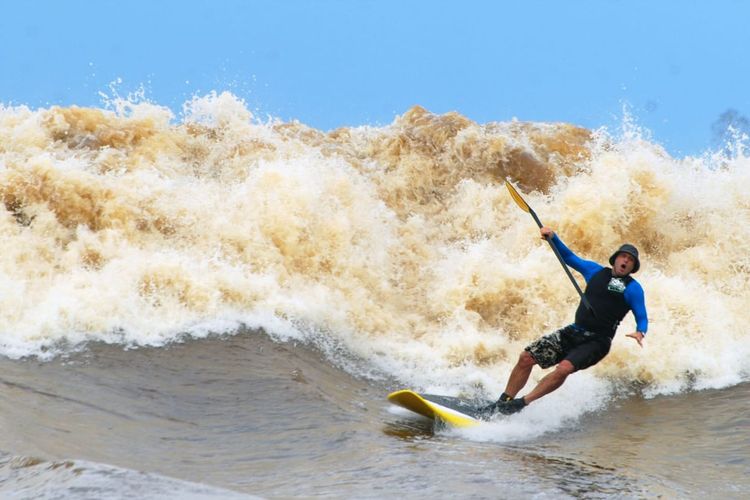 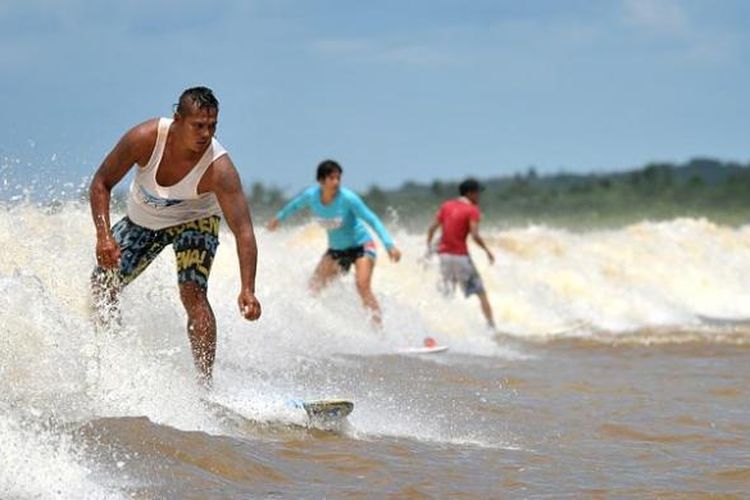 Colas was dumbfounded by the huge rolls of bono waves in the river that are similar to those in the sea. He recounted that bono waves are distinct from ocean waves in that the former can reach speeds of up to 50 km.

He also successfully surfed for almost an hour in March 2011. "After more than 30 years of surfing, this is the first time I felt a very long surf on the waves and it happened in the river," Curren said as quoted from the Surfer Today website.

The world record for longest surfing recorded in the Guinness Book of World Records was also broken twice at the Kampar River.

The first record was set by British surfer Steve King on February 15, 2013. At that time, he and fellow surfers Steve Holmes and Nathan Maurice rode a four meter high bono over a distance of 12.3 km for 1 hour 13 minutes in an agility competition.

King's record was then broken by Australian world champion James Cotton. The man from Down Under was able to ride bono waves of up to 3.5 meters over a lenght of 17.2 km for 1 hour 20 minutes.

Indonesian female surfer Gemala Hanafiah also hit the record books, when she and 30 national and international surfers tried to conquer The Wave of Seven Ghosts together.

"This feat would have been impossible to do in ocean waves, as they can only be surfed by up to three people for less than three minutes," she said. At the Kampar River, Gemala and her colleagues were able to surf for 30 minutes.