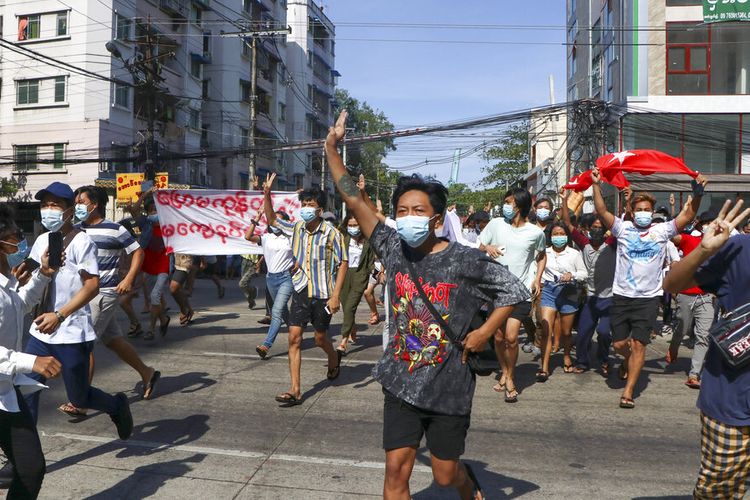 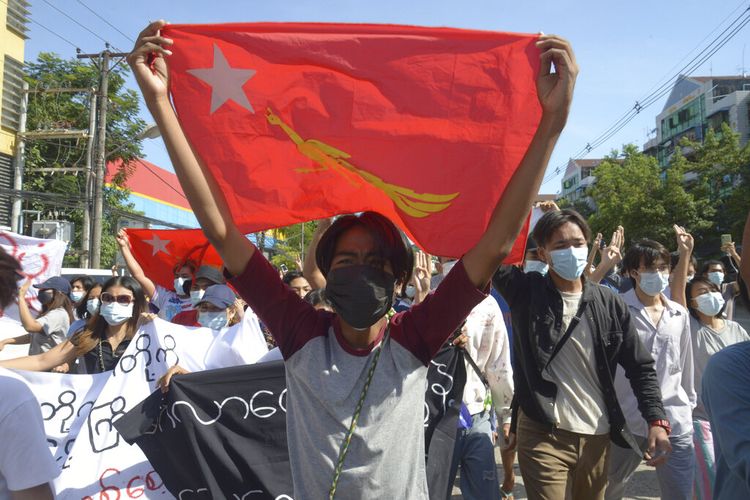 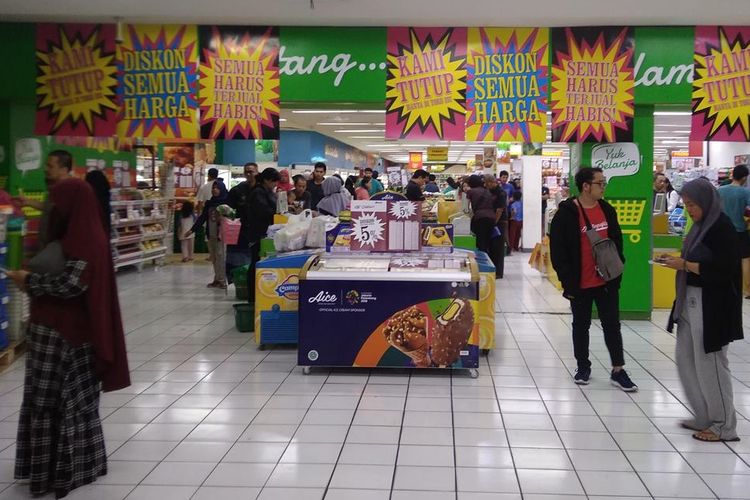 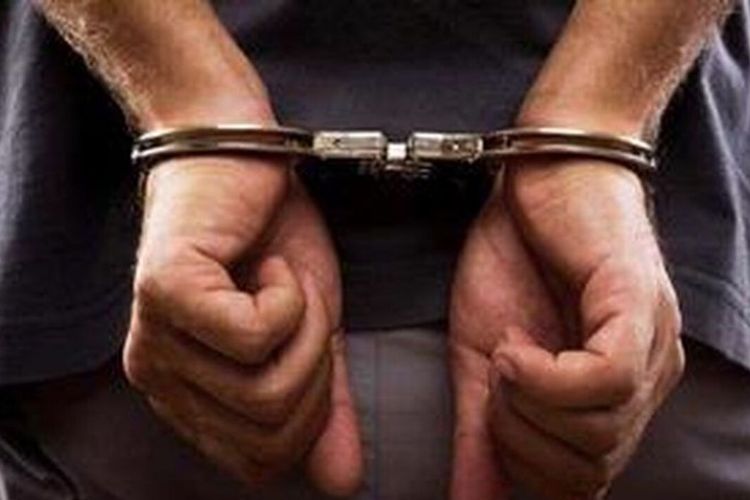 JAKARTA, KOMPAS.com – Indonesia and other ASEAN countries called for the revocation of the arms embargo to Myanmar in the United Nations General Assembly. Instead, they opted for the release of democracy icon Aung San Suu Kyi and other political prisoners.

Indonesian retailers Hero Group are facing calls to look out for the future of over 7000 workers, after they announced the closure of their Gian supermarkets by the end of the year.

And police in the Indonesian province of Maluku arrested six people for making fake antigen and Genose test result letters. This and more on Indonesia Highliights:

AP Anti-coup protesters display a party flag of the National League for Democracy (NLD) during a demonstration in Yangon, Myanmar, Friday, May 14, 2021. (AP Photo)

Indonesia, Other ASEAN Countries Call For Revocation of Arms Embargo to Myanmar

Nine ASEAN countries, including Indonesia, Malaysia, the Philippines, Thailand and Vietnam have called for an end to an arms embargo against Myanmar and other easing of sanctions, as the United Nations General Council proposed tighter sanctions against the conflict-ridden country.

In a letter to the Liechtenstein, the country proposing the sanctions, the ASEAN countries argued for further negotiations until a solution can be agreed upon. They will be most affected by the Myanmar crisis because of their standing as the country’s closest neighbors.

The ASEAN members highlighted the use of consensus to strike a deal they can all agree on. The arms embargo that they disagree on is one of the option brought up in the resolution.

Instead, Indonesia and other ASEAN countries called for more attention to the “unconditional” freeing of nine political prisoners, including Nobel Peace Prize winner Aung San Suu Kyi, who has been under arrest since Myanmar’s military forces launched their coup on February 1.

ASEAN has been attempting to facilitate dialogue between Myanmar’s military junta and their civilian opposition, particularly after an emergency regional summit on the crisis that was convened in Jakarta last April.