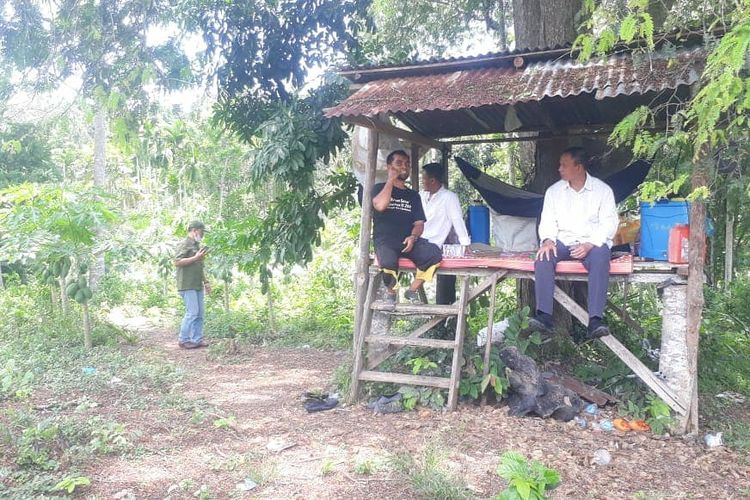 KOMPAS.com - Former convicted terrorist Mukhtar, who is also known as Tengku Tar bin Ibrahim, 36, of north Aceh, on the western tip of Indonesia, has restarted his life after being released from prison. He is a farmer who owns 8,000 square meters of farmland.

He was once a member of the Free Aceh Movement (GAM) in the Pasee region and was the commander of the now-defunct hardline group Islam Defender Front (FPI) in Aceh.

Following the terror attacks, Mukthar was arrested on March 16, 2010, in Lhokseumawe.

What he has done so far is well-received by his surroundings, including a military commander in the area.

“Hats off to our brother. He is a hardworking man who runs the agricultural business in the last few months,” said 011/Lilawangsa Military Regional Command (Danrem) commander Colonel (Inf) Sumirating Baskoro who visited Mukhtar recently.

As support to help Mukthar adjusting life after prison, Sumirating donated some agricultural equipment to cultivate various types of seasonal crops. The military commander said that Mukhtar grows 900 papaya trees, which bring him income by harvesting twice a week.