In a new trial that was launched in the UK in late February, posts about climate change will now automatically be labelled with an information banner that directs people to accurate climate science data at the company's Climate Science Information Center.

"We do recognize that we have a bigger role to play when it comes to informing people accurately about climate change,” Alexandru Voica from Facebook's tech communication team told DW.

"This will make users more aware of what information they share," he said.

The Climate Science Information Center, which uses research that has been vetted by leading scientific organizations, also has a climate-myth-busting unit that actively debunks false information circulating online. 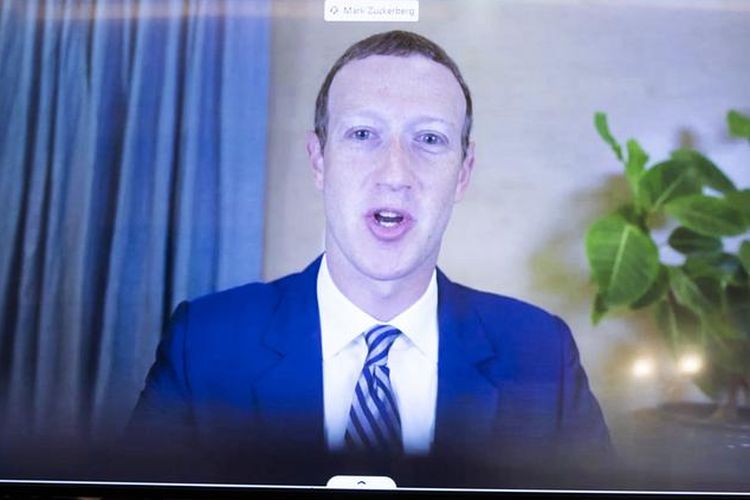 Facebook Facebook CEO Mark Zuckerberg, here giving testimony to the US Senate, has come under increased scrutiny over his site's role in the spread of false information

It explains, for instance, that the decline of polar bear populations is actually caused by rising temperatures, that global warming is not just part of a natural cycle of temperature fluctuation and that more carbon dioxide in the atmosphere harms Earth's plant life

Misinformation about climate change is not new, but experts believe it has been greatly amplified in the new digital world, where the topic is increasingly polarizing.

"These companies have a monopoly…