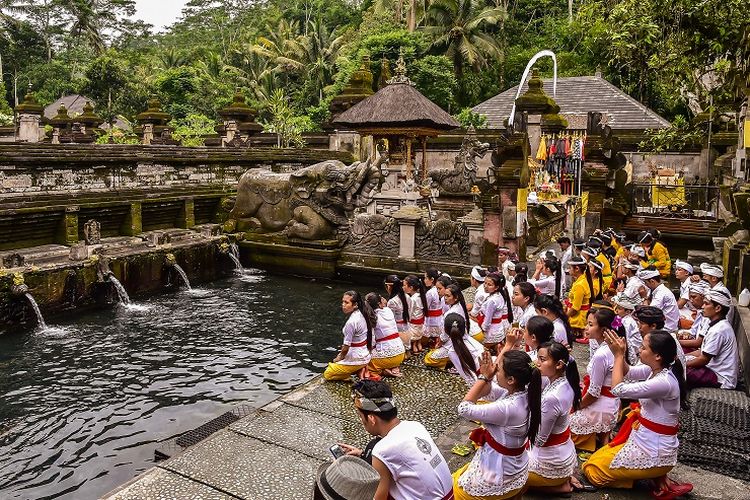 Lihat Foto
The Indonesian resort island of Bali has been voted the top destination in the world, according to the US travel firm TripAdvisor. (SHUTTERSTOCK / Viktoriya Krayn)

KOMPAS.com – The Indonesian resort island of Bali has been voted the top destination in the world, according to the US travel firm TripAdvisor.

Bali has overtaken London in the rankings of the world’s best tourist destinations in 2021 out of a list of 25.

Among the factors that make the island the world’s best include its pristine white-sand beaches, a lush forest that are home to temples, and wild monkeys. It’s also got a wreck of a Second World War ship which attracts divers who want to enjoy the beautiful coral reefs in Bali.

Also read: Reserve a Tent at The Top 4 Best Glamping Sites in Bali for Your Vacation

Besides Kelingking Beach, other tourist attractions worth a visit include Sekumpul Waterfall and Mount Batur.

Came at second was London in the UK, which was praised for its historical places, iconic architectures such as Big Ben and Buckingham Palace, and Michelin-star restaurants. Tourists also visited Hyde Park, Covent Garden, and Hampstead Park that are suitable for sports activities.

Meanwhile, TripAdvisor has named Dubai in the United Arab Emirates as the third world’s best tourist destinations. The city has been successful in combining modern culture with its history. Besides, it also offers a great shopping experience.

Also read: Plan a Hassle-Free Staycation in Bali at This Canggu Beachfront Hotel

The city is known not only for the Burj Khalifa but also for its Dubai Opera as well as the gold, textile, and spice markets.

Each year TripAdvisor compiles all the reviews and ratings of various destinations submitted by travelers around the world.

All information obtained is used…