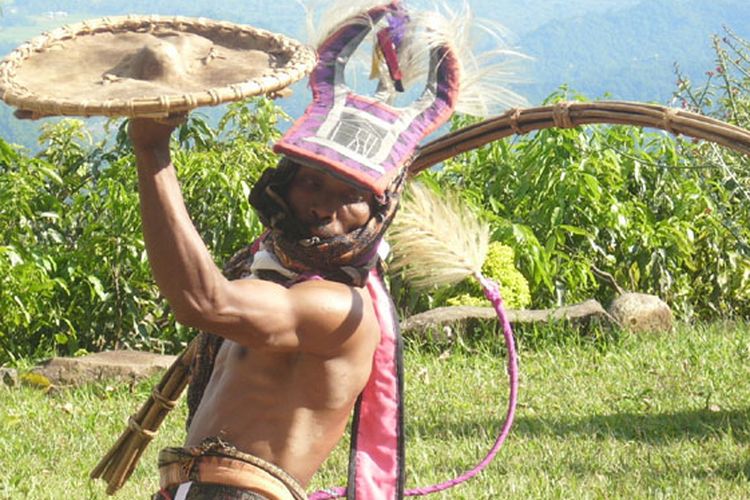 But as an old NTT hand, she soon realized that the island has more to offer than a first-hand view of the deceptively plodding prehistoric giant lizards inhabiting the UNESCO World Heritage Site and the nearby island of Rinca.

“If one fancies a detour as well as alternative to Komodo National Park, or just another place to add interesting memories to the NTT vacation, then Melo Cultural Village is worth a stop,“ Kadek recently told Kompas.com.

“Melo Cultural Village is noted for its accessibility, as it is located between Komodo National Park and Labuan Bajo, Flores’ largest city. While one can go overland on buses or cars to all three destinations, Melo Village literally hovered above the rest.”

She added that its elevation of 600 meters above sea level gave Melo Village much cooler weather than the lower altitude settlements in coastal areas. The sense of tranquility is then enhanced by the villagers’ warm welcome to visitors.

These include being wreathed in traditional woven cloth, a ritual welcome from the headman in the village’s Rumah Gendang or longhouse, and welcome drinks of sopi palm wine as well as a mixed drink of areca and betel nuts.

The villagers would then show its visitors the Caci dance. Featuring two groups of men with whips,shields and sticks rushing and jumping into Melo village square, much like they have for hundreds of years, the dance speaks volumes about the locals’ collective memory.

Sporting Tilangga hats that were either wide brimmed or pointed on both ends, the imagery evokes clashes between the indigenous people of NTT and Portuguese traders and soldiers which once encroached on the area in the 16th and 17th centuries.

Yet the dance also contains an element of morality, as the whipping imagery also alludes to a villager who sacrificed his prized buffalo by flaying it and using the skin to save his younger brother.

Moving vigorously in line with the martial origins of the dance, the dancers tried to find weak spots in their opponents’ defense. This element is much the same for Caci Lontong Golo dance to wish for good health, or the Caci Randang Weri Leka to christen a new village.

But a demonstration of intent and a few token blows, quite unlike the lacerations or even the blinding of opponents that once marked the dance, still impressed the audience and leave them spellbound.

“After the Caci Dance, the visitors would join the locals in feasting on the local produce,” Kadek said. “This speaks volumes about their sense of community.” But regardless what one as a traveler would opt for, they are spoiled for choice in NTT.