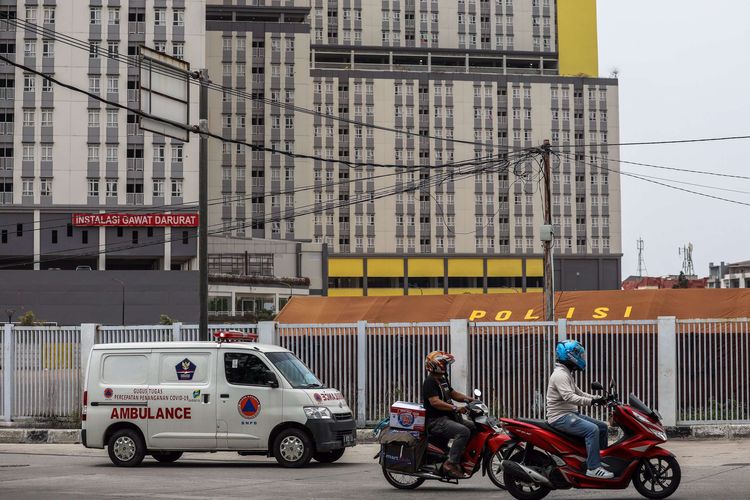 JAKARTA, KOMPAS.com – Jakarta’s Wisma Atlet Covid-19 emergency hospital has been rocked by scandal, after a nurse and a patient admitted to sexual wrongdoing at the facility in Kemayoran, North Jakarta earlier this week.

The Jakarta Military Command or Jakarta Garrison, which has been managing the facility since its designation as a Covid-19 emergency hospital last March, announced the scandal.

He added that Wisma Atlet carried out swab tests on the two, whose identities were withheld for security reasons.

Herwin regretted the incident for its moral and medical ramifications. “Aside from the vice associated with their relations, the two’s actions put other medical workers at risk as it can hasten the possibility of transmitting [Covid-19] to other medical workers,” Herwin asserted.

“As manager of the Wisma Atlet Covid-19 Emergency Hospital, Army Brigadier General M. Saleh Mustafa pledged to increase monitoring of the medical workers and patients to prevent similar incidents in the future.”

The scandal first came to the public eye, after the patient admitted to his actions on social media on December 25. Speaking on his Twitter account @bottialter, the patient uploaded screenshots of a WhatsApp conversation with the nurse detailing their tryst.

The incriminating postings included a…