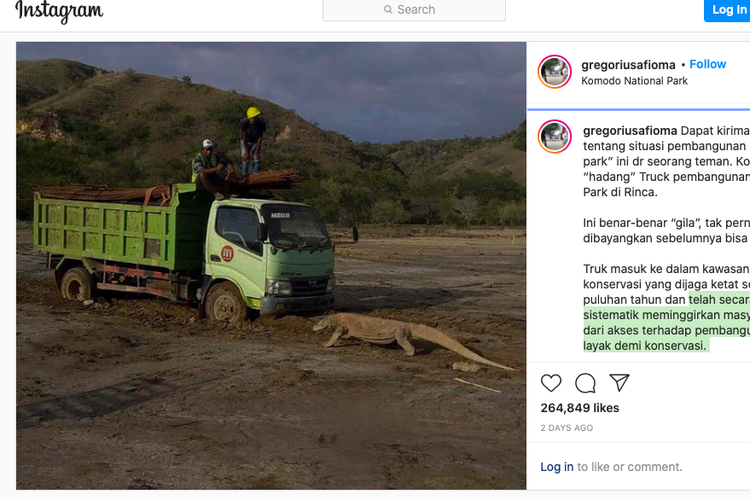 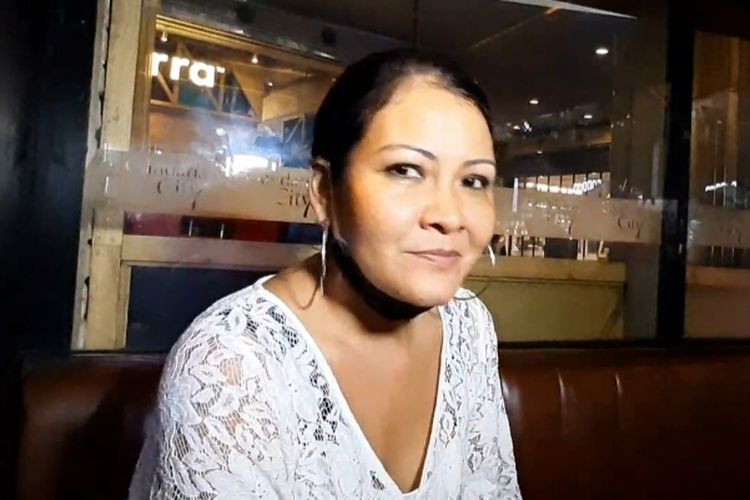 JAKARTA, KOMPAS.com – Indonesia’s Ministry of Environment and Forestry has assured that the proposed Jurassic Park project on Rinca Island in East Nusa Tenggara (NTT) province will not harm the island's Komodo dragons.

The Ministry’s attempt at damage control comes after a photo of a Komodo dragon facing off a truck at the project site in Loh Buaya Valley resort went viral and was condemned by the Indonesian public.

“The 15 Komodo dragons in the Jurassic Park project area are among the 66 giant lizards in Loh Buaya. They faced the heavy equipment as they were sunbathing in the morning.”

Nunu allayed concerns about the project’s adverse effects, saying their number remained stable over the past five years.

“The Komodo dragon population in Loh Buaya shows that keeping contact with the animals to a minimum makes this project ecologically sustainable.”

But not everyone, including Indonesian entertainment stalwart Melanie Subono, was assured.

The grandniece of late Indonesian president BJ Habibie uploaded the photo of the Komodo dragons at the Jurassic Park site in bitter terms. “…let us contemplate what [Jurassic Park’s investors] have not destroyed,” she said on her Instagram account @melaniesubono.

“I hope [the project’s sponsors] will [get their comeuppance and] get reincarnated as cockroaches.”

Other critics included the People’s Forum to Save Tourism in West Manggarai or Formapp. Formapp spokesman Aloysius Suhartim Karya said that the group rejected the Jurassic Park project for violating the 1992 conservation law administering the Komodo National Park.

“Setting up concrete blocks can destroy Loh Buaya and the surrounding areas,” Aloysius said. “The building of wells [for the Jurassic Park project] will drain water from other sources that the flora and fauna of Loh Buaya depend on to survive.”

He added that the project will destroy East Nusa Tenggara’s nature-based tourism industry.

The authorities said the Jurassic Park project is 30 percent complete. They added that the Loh Buaya resort was closed from October 26 to June 30, 2021 to build the project.

Indonesia designated the Komodo and Rinca islands as a national park in 1980 to protect the Komodo Dragon. President Joko Widodo has placed the national park as part of his Strategic National Tourist Region (KSPN) in 2019 to boost Indonesian tourism.