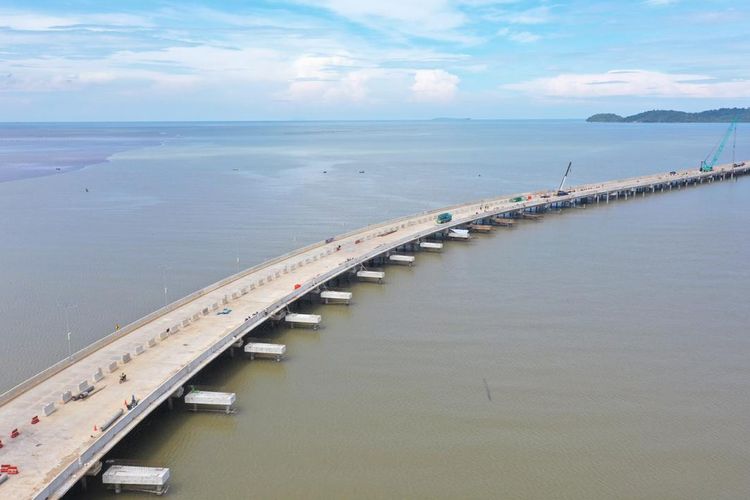 The terminal is to accommodate large vessels with loads up to 100,000 deadweight tons (dwt) with an average draft of 15 meters.

In building the 3.37-kilometer trestle WIKA has adjusted its required structure and depth.
WIKA’s Director of Operations I Hananto Aji said that the construction of the longest trestle the company has ever built has been agreed upon by the owner of Kijing Terminal.

“The agreement covers the length of the trestle that is not too close to the shore and water depth of 17 meters to pave the way for large vessels with loads up to 100,000 deadweight tons (dwt) to berth,” Hananto said on Friday, October 23.

He said that with all the works done by the team, the project was completed faster than most trestle projects. In the implementation of the work, WIKA was also supported by its subsidiaries — WIKA Beton, Indonesia’s concrete producer, and WIKA Engineering Construction.

The project will be included in the company’s milestone. WIKA has received an award of 2.9 million safe working hours for this project.

In Memoriam: Indonesian Badminton Great Markis...
Comments
There are no comments
Comment wisely and responsibly. Comments are entirely the responsibility of the commentator as regulated in the ITE Law
Thank You! We have received your report. We will remove comments that conflict with the Community Guidelines and the ITE Law.