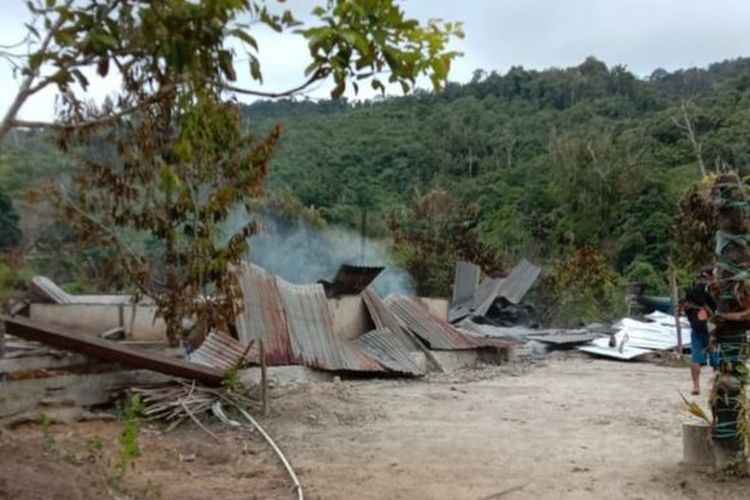 JAKARTA, KOMPAS.com – The government has deployed an elite team from the National Police’s Mobile Brigade Corps, or Brimob, to pursue Islamic State linked terrorists behind a sectarian-charged attack in Central Sulawesi’s Sigi Regency on Friday, 27 November.

Known as the Tinombala Task Force, the 100-strong select team will jointly work with police and military units in the area in their pursuit of the militants.

“The Tinombala Task Force has launched a manhunt against terrorists who brutally killed a Christian family of four at the village of Lemban Tongoa on Friday, 27 November,” said Coordinating Minister for Political, Legal and Security Affairs Mahfud MD on Sunday, 29 November.

“We suspect that they are militants from the East Indonesia Mujahidin [MIT] group led by Ali Kalora, who remains at large. As we speak, the Task Force is attempting to isolate [the MIT] and are surrounding their alleged hideouts.”

Mahfud also condemned the attack, and expressed his condolences to the victims and their loved ones. He also appealed for calm among religious leaders.

“Five witnesses to the incident said 10 armed, unidentified men carried out the attack. We were able to deduce MIT’s involvement, after witnesses pointed out the perpetrators in a wanted list of police militants,” he said.

”They also burned seven houses in the village and forced dozens of villagers to flee to the nearby forest.”

More Indonesian Medics in Cilacap, Central...
Comments
There are no comments
Comment wisely and responsibly. Comments are entirely the responsibility of the commentator as regulated in the ITE Law
Thank You! We have received your report. We will remove comments that conflict with the Community Guidelines and the ITE Law.