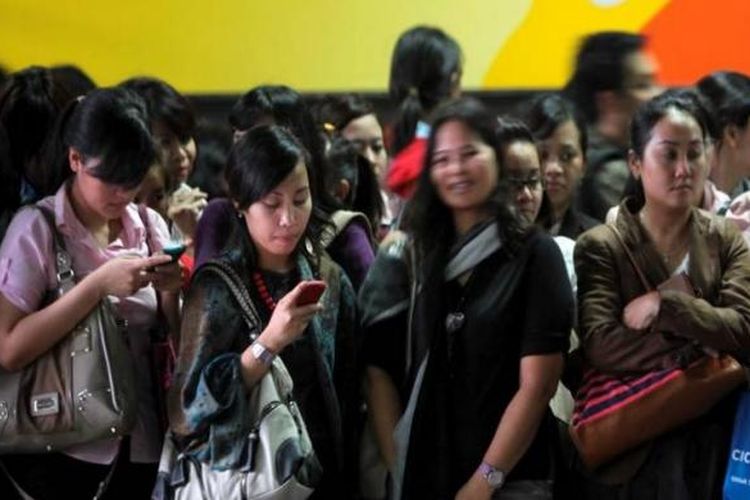 KOMPAS.com – The number of internet users in Indonesia is nearing 200 million or nearly three-fourths of the entire population.

A survey released by the Indonesian Internet Service Provider Association (APJII) showed that during the second quarter of 2020, there were 196.7 million internet users in Indonesia or 73.7 percent of the country's population of 266.9 million.

Chairman of APJII Jamalul Izza said that several factors have caused the number of internet users in Indonesia to skyrocket.

One is better and more equitable access to broadband connections thanks to the Palapa Ring.

Another explanation is the effective and successful implementation of policies promoting digital transformation coupled with the coronavirus pandemic.

“The uptick was also backed by APJII’s programs such as Independent Village Internet which received support from 500 members of the association.”

APJII worked with the Indonesia Survey Center in issuing the survey and the results also reveal an 8.9 percent increase in the number of internet users in Indonesia amounting to 25.5 million people.

Internet users on the island of Java contribute the most with 56.4 percent of the country’s total internet users followed by the island of Sumatera with 22.1 percent, Sulawesi with 7 percent, Kalimantan with 6.3 percent, Bali-Nusa Tenggara with 5.2 percent, and Maluku-Papua with 3 percent.

There has also been a…