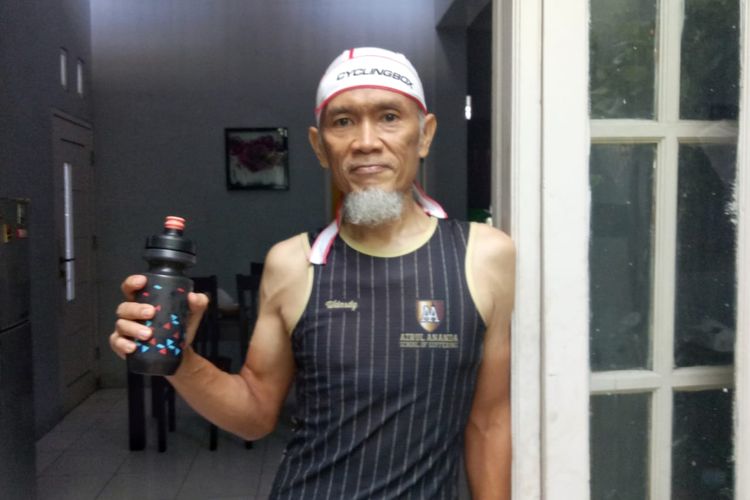 KOMPAS.com – An Indonesian lecturer in Malang, East Java has made it to the world’s top Strava Leaderboard after joining in a virtual cycling race for 300 kilometers a day.

Asril Kurniadi Adenan began the virtual cycling race when a university in Indonesia’s second-largest city of Surabaya held the event in September.

Asril is an active person as he’s been a sports enthusiast since he was younger. Entering his 40s, Asril began to choose sports that put less burden on his ankles. He picked cycling.

Since 2017, the lecturer at Brawijaya University in Malang has been routinely cycling on a road bike. Asril used to spend at least an hour cycling every day, both outdoors and indoors, but his exercise regimen changed about two weeks ago.

He didn't take an interest in the race at first but later signed up after hearing more about it from his wife, who had joined the race first and secured third place in the women's category.

“On September 30, my wife told me that the top leader in the men's category could cycle about 150-180 kilometers a day,” he recalled. “It was an exciting competition,” Asril said in a phone interview.

Asril who has cycled in Indonesian cities from Surabaya to Denpasar, or about 400 kilometers, thought that it would be nice to join the virtual cycling race to keep him occupied during the Covid-19 pandemic. His wife signed him up on October 1, 2020.