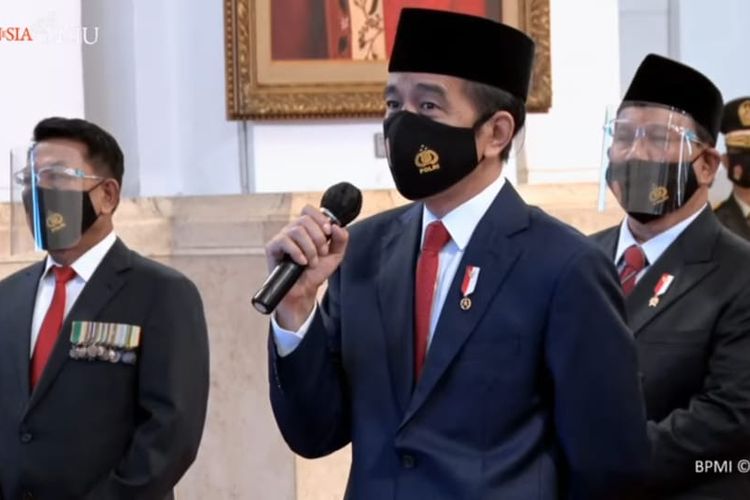 JAKARTA, KOMPAS.com – President Joko 'Jokowi' Widodo held office at the Bogor Palace in West Java, about 40 kilometers south of Jakarta, while university students staged a protest against the controversial Jobs Law in the capital city.

Presidential Secretariat head Heru Budi Hartono, however, said that by working from the Bogor Palace, it did not mean that President Jokowi was avoiding the demonstration in Jakarta.

“No, it’s not because of the protest,” Heru told Kompas.com on Friday, October 16.
The President does not always work from the Presidential Palace in Jakarta on weekends, Heru explained.

The Head of State also often chooses to hold office from the Bogor Palace. “Usually every Thursday or Friday, he will go to Bogor Palace,” he added.

Heru went on to say that last Monday and Tuesday President Jokowi was working from the Presidential Office in Jakarta while just outside people staged a protest against the Jobs Creation Law.

The whole day the President was scheduled to hold meetings with guests and his cabinet ministers in the Bogor Palace on Friday.

“All agendas are closed-door meetings with several guests and cabinet ministers,” he said.

Meanwhile, the National Association of University Student Executive Bodies (BEM SI) staged another protest on Friday afternoon. The police closed Jalan Medan Merdeka Barat in Jakarta near the State Palace in anticipation of the protest.