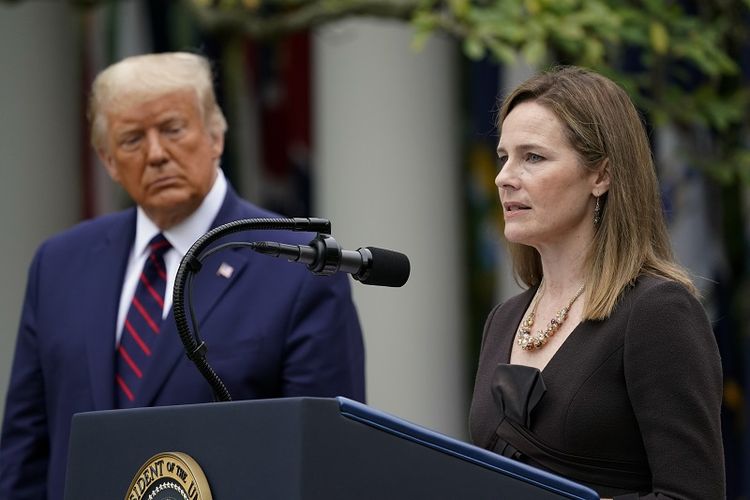 Lihat Foto
Amy Coney Barret won?t have it easy for her Supreme Court hearing Tuesday as she faces a deeply divided Senate.(AP/Alex Brandon)

WASHINGTON, KOMPAS.com – Amy Coney Barret won’t have it easy for her Supreme Court hearing Tuesday as she faces a deeply divided Senate.

The acute political fights were previewed in Monday's Senate Judiciary Committee hearing, where lawmakers and Barrett gave opening statements under the shadow of the deadly coronavirus that has killed nearly 215,000 Americans.

US Democrats slammed the process of accelerating the Supreme Court nominee’s appointment as “reckless” and a “shame” with only 22 days before the Noveber 3 election.

Amy Coney Barrett glided through her first Supreme Court hearing on Monday and next up is her first question-and-answer session as she is set to replace Justice Ruth Badger Ginsburg following her death.

Barrett is likely to receive praise from US Republicans for her faith and qualifications while Democrats have armed themselves with questions over healthcare for President Donald Trump’s US Supreme Court nominee.

Four days of Supreme Court hearings are unlikely to sway senators, barring any shock revelations, and Democrats — who control 47 Senate seats versus the Republicans' 53 — are largely powerless to block Barrett's confirmation.

"I think I know how the vote's going to come out," Republican committee chairman Lindsey Graham said after gavelling in Monday's session.

Republicans revel in the prospect…