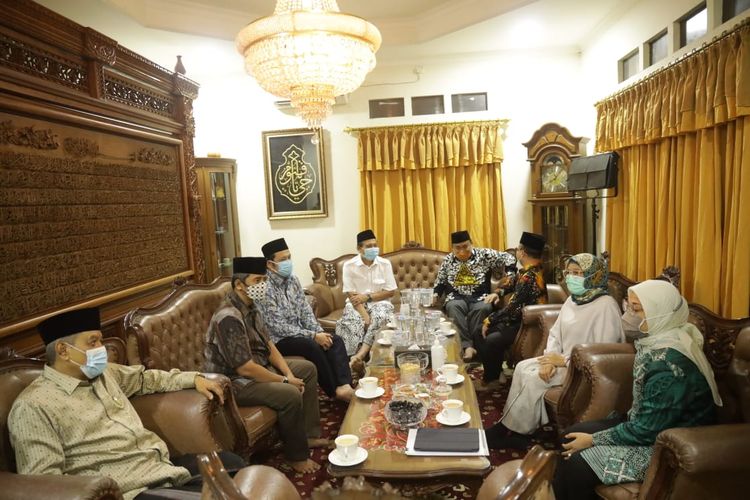 “We discuss the workforce matter, I think he [chairman Said Aqil Siradj] understands and stresses the importance of worker protection,” Ida said in a statement on Sunday, October 11.

After the Omnibus Bill has been passed into the Job Creation Law on October 5, Ida said, President Joko Widodo has assigned her to formulate several government regulations based on the new jobs law.

She said that the government was very open to the labor unions during the deliberations of the bill. The labor unions were also invited to make suggestions, said the minister from the National Awakening Party (PKB), which historically has close relations with NU.

In his response, Said stated that his party would continue to file a judicial review of the Omnibus Law on Jobs Creation to the Constitutional Court even though he had received the explanation.

It was previously reported that the Jobs Law was rejected by various groups, including workers, the Indonesian Ulema Council (MUI), and the two largest Muslim organizations in Indonesia Nahdlatul Ulama and Muhammadiyah.

According to the MUI, the newly-passed Jobs Law gave the impression that oligarchs control politics in Indonesia, while the NU believes that it seems the government and lawmakers have forced the law, causing public resistance and representing a bad governance practice. Another Muslim organization Muhammadiyah said that from the start they had asked the House of Representatives to postpone and cancel the deliberations of the Omnibus Law due to its controversial articles.