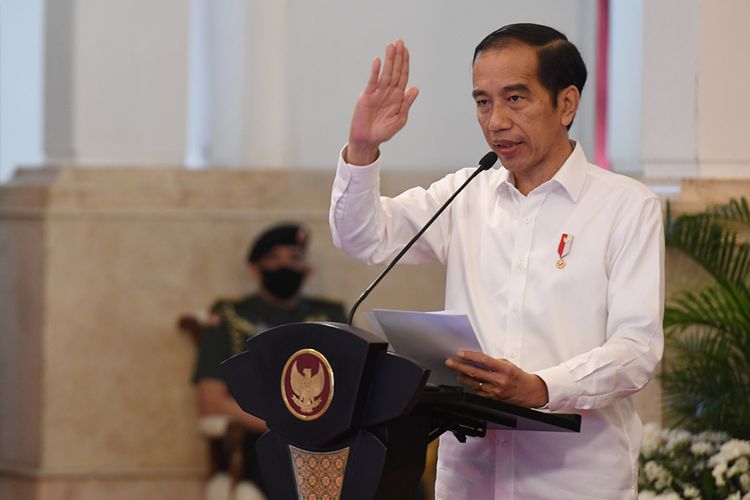 JAKARTA, KOMPAS.com – Indonesian President Joko “Jokowi” Widodo and officials of the presidential office have undergone swab tests ahead of their routine schedule upon receiving the information about Solo Deputy Mayor Achmad Purnomo testing positive for Covid-19.

Jokowi received in audience Achmad on Thursday, July 16 at the state palace in Jakarta, and a week after the Solo deputy mayor tested positive for the coronavirus on July 23.

Before the president went for the swab test, Coordinating Minister for Maritime Affairs and Investment Luhut Binsar Pandjaitan confirmed that the president was in good health.

“The president is well,” said Luhut on Friday, July 24.

Also read: Ranks of the Poor Swell by 1.63M in Indonesia Due in Part to Coronavirus Pandemic

Presidential Secretariat head Heru Budi Hartono said the president and state palace officials undergo the swab tests routinely. But the recent tests were done ahead of the schedule following the information about the Solo deputy mayor.

“The president is going to take the swab tests today [Friday],” said Heru.

Meanwhile, city administration secretary Ahyani in Solo confirmed that Achmad was tested on July 18 and the result was released July 23.

“He is undergoing self-isolation,” said Ahyani over the phone July 24.

Currently, Solo’s Covid-19 task force team is conducting contact tracing to identify other individuals who might have been exposed to the coronavirus, Ahyani said.