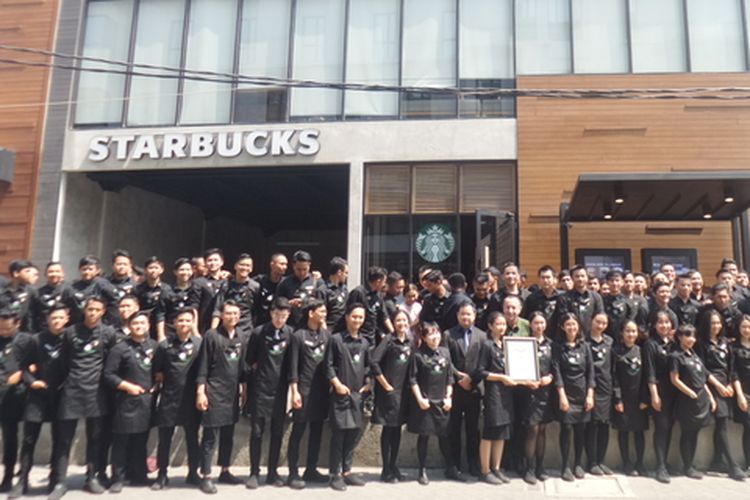 JAKARTA, KOMPAS.com – Starbucks Indonesia has fired a couple of employees, after enraged netizens called them out for online sexual harassment against an unsuspecting female customer in one of its Jakarta outlets.

Starbucks said it took action against the employees, after an online outcry sparked by leaked CCTV footage indicated the employees were ogling a female customer.

The franchise did not name the employees concerned.

“We find the employees’ behaviour and actions intolerable. We can confirm that they are no longer employed by us,” Andrea told Kompas.com in a written statement received on Thursday, July 2.

“Their actions are counter to [Starbucks’] ongoing efforts to make [customers] feel safe and comfortable in our outlets.”

Andrea hoped that other employees will not repeat the scandal. She added that Starbucks has taken measures to prevent it from happening again.

Police weigh in on the incident

“We are in the middle…

Indonesia to Impose Level 3 Restrictions...
Comments
There are no comments
Comment wisely and responsibly. Comments are entirely the responsibility of the commentator as regulated in the ITE Law
Thank You! We have received your report. We will remove comments that conflict with the Community Guidelines and the ITE Law.