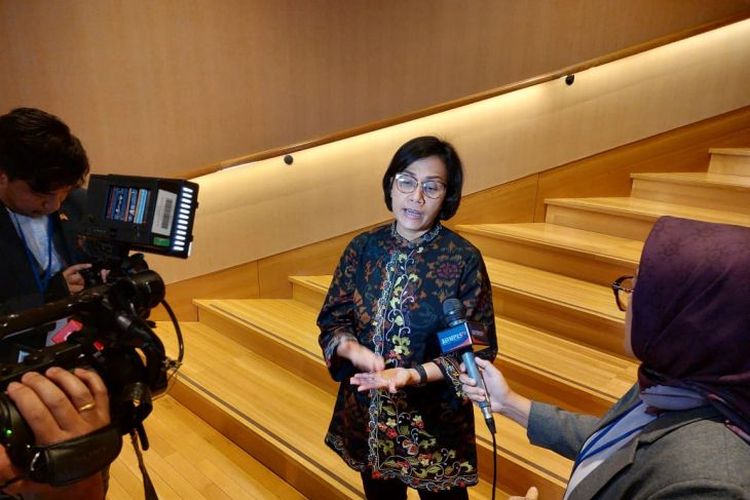 KOMPAS.com - The state budget (APBN) as a fiscal instrument can help to sustain an economic slowdown in 2023, according to Indonesia’s Finance Minister Sri Mulyani Indrawati.

Sri Mulyani said the government and the House of Representatives had prepared the 2023 state budget to avoid the highly uncertain market risk due to geopolitical conflicts and inflationary pressures.

“During the pandemic, the House and the government have made the State Budget flexible and responsive,” Sri Mulyani told State News Antara on the sidelines of the IMF-WB Meeting in Washington, DC on Tuesday, Oct. 11.

The minister said the APBN with a budget deficit of below three percent of the gross domestic product (GDP) could support post-pandemic national economic recovery, so it has the potential to strengthen the consumption and investment sectors.

"What's interesting is that this capital inflow can neutralize the impact of the outflow caused by the Fed's interest rate hike," the finance minister said.

In the latest World Economic Outlook (WEO) report, the IMF estimates that the global economy will lie in the range of 3.2 percent in 2022, and slow down to 2.7 percent in 2023, or a decrease of 0.2 percent as compared to the outlook in July 2022.

IMF Economic Counselor Pierre-Olivier Gourinchas explained that most countries will experience contraction until next year, with the largest economies, such as the US, EU, and China, continuing the slowing trend.

"There are three challenges that affect the slowdown, namely the conflict in Ukraine, inflationary pressures, and the weakening economy in China," Pierre-Olivier Gourinchas stated at a press conference for the World Economic Outlook (WEO) in Washington DC.

Meanwhile, Bank Indonesia Deputy Governor Dody Budi Waluyo assessed that Indonesia's current economic resilience is still good and growth performance is on the right track despite the IMF has lowered its global projections in its latest report.