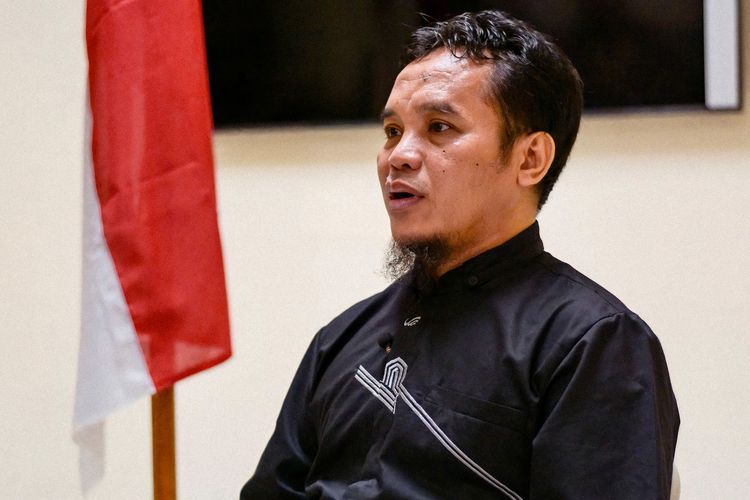 Lihat Foto
This picture was taken on October 8, 2022, and shows convicted Bali bomber Ali Imron speaking during an interview at a police detention house in Jakarta, ahead of the 20th anniversary of the bombing on the Indonesian resort island that killed 202 people on October 12, 2002. The last surviving bomber in the Bali blasts that killed more than 200 people two decades ago has expressed regret for the deadliest terror attack in Southeast Asia ahead of its 20th anniversary on October 12, 2022, but victims have rejected his apology. Bay ISMOYO / AFP(AFP / BAY ISMOYO)

JAKARTA, KOMPAS.com - The last surviving bomber in the Bali blasts that killed more than 200 people two decades ago has expressed regret for the deadliest terror attack in Southeast Asia ahead of its 20th anniversary on Wednesday, Oct. 12, but victims have rejected his apology.

Ali Imron was sentenced to life in prison for his role in the blasts that ripped through a nightclub and a bar on the Indonesian resort island, killing 202 people including 88 Australians.

"I will regret it until I die. And I will apologize until I die," he told AFP uncuffed in front of an Indonesian flag and a picture of President Joko Widodo at Jakarta's sprawling metro police headquarters.

But victims and the Australian government have refused to accept the remorse of the remaining members of the Bali bomb cell.

"When people are in a bind they will say anything to get out of the problem," said Thiolina Marpaung, a 47-year-old survivor left with permanent eye injuries.

"He said that because he was sentenced to life."

Imron helped mastermind the bombings. He built the devices, planted a bomb outside the US consulate in Bali, and trained the attackers who detonated a suicide vest and a van loaded with explosives.

The 52-year-old is the only living Bali bomber still alive after the attack.

Now he languishes in a drug offenders' facility, instead of prison, after claiming repentance and aiding Indonesia's deradicalization efforts.

President Jokowi: We Will Prove...
VIEWS

How MSMEs in Indonesia Are Surviving...
BUSINESS

“Work from Bali” to Save Tourism...
Comments
There are no comments
Comment wisely and responsibly. Comments are entirely the responsibility of the commentator as regulated in the ITE Law
Thank You! We have received your report. We will remove comments that conflict with the Community Guidelines and the ITE Law.