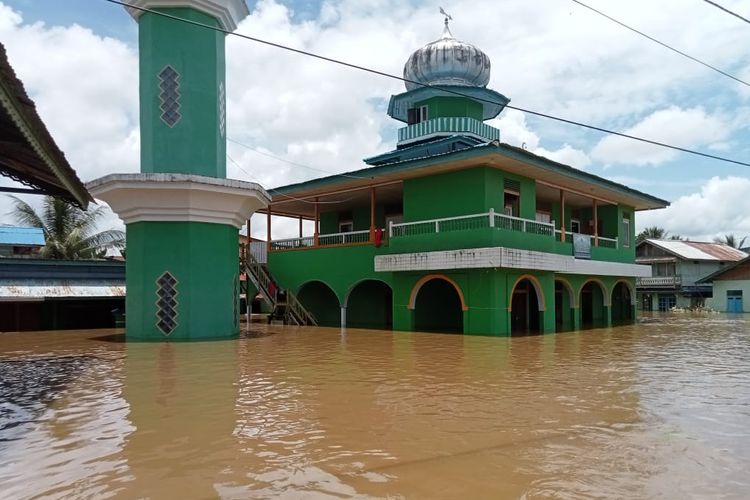 “Based on the local sub-district data, 2,000 homes are submerged by floods and 5,000 villagers have been affected [by a depth of two meters floodwater],” said Singang Disaster Mitigation Agency (BPBD Singang) head Bernard Saragih on Wednesday, Oct. 5.

Bernard also said that public facilities, including seven schools and seven religious buildings, have been inundated by floodwaters.

“The torrential rains, which began on Monday, caused rivers to overflow,” he said.

A local official known as Ngawan said that the floods also caused the economy to collapse.

“The flood in Serawai sub-district caused the economy to collapse after the floods reached a depth of two meters,” Ngawan said, adding that six villages have been affected.

The relevant government agencies, including health centers, have been working closely to monitor the situation on the ground.

Besides, rubber boats have also been used by the rescue team to carry out humanitarian assistance.