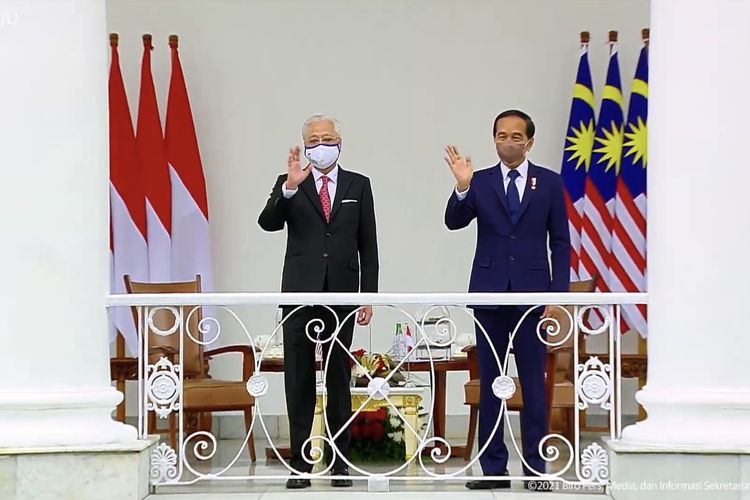 KUALA LUMPUR, KOMPAS.com - Indonesia will be able to resolve internal and global issues involving member countries of the Association of Southeast Asian Nations (ASEAN) better and faster, especially as chair of the 10-nation regional bloc next year.

Malaysia’s Prime Minister Ismail Sabri Yaakob said this is because the country has great influence and good economic cooperation with ASEAN member countries, as well as many other foreign countries.

“Indonesia is a very influential country with an economic alliance with ASEAN countries that is able to attract a lot of investment. Indonesia is (also) able to resolve other internal issues that occur, such as the South China Sea issue, the political crisis in Myanmar, and its ethnic Rohingyas.

“I believe Indonesia can resolve all these issues quickly, provided it has the support of other ASEAN member countries.

“I am also confident that not only Malaysia but also other ASEAN member countries will also cooperate with Indonesia as the ASEAN chair country.”

Ismail Sabri said this during a question and answer session with several media representatives in conjunction with his first anniversary as prime minister.

On Aug. 21 last year, he took over the country’s number one position after Muhyiddin Yassin announced his resignation as the eighth prime minister, following the loss of support of the majority of Dewan Rakyat members.

Indonesia will chair Asean in 2023, taking over the seat from Cambodia this year.

Commenting further on ASEAN, Ismail Sabri said member countries of the regional bloc are once again calling for an expedited negotiation of the Code of Conduct for the South China Sea (COC).

He said the Law of…