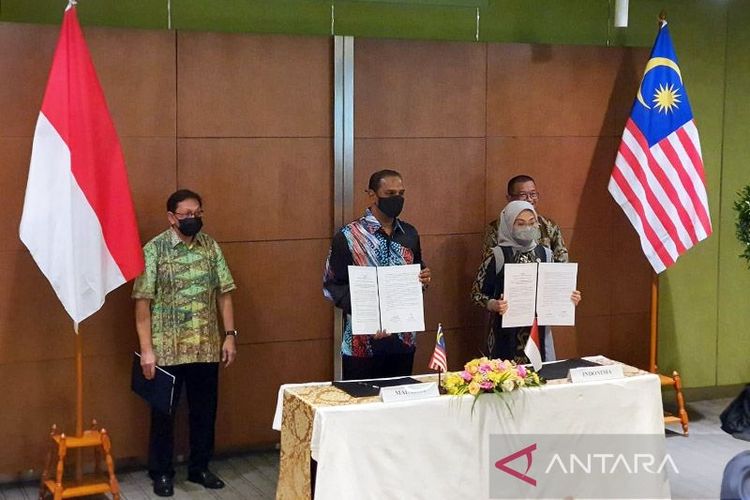 JAKARTA, KOMPAS.com - Indonesia and Malaysia have agreed to reopen the placement of Indonesian migrant workers (PMI) in Malaysia in August 2022 following the signing of a joint statement on PMI placement and protection in Malaysia’s domestic sector, State News Antara reported.

The signing was conducted by the Indonesian Minister of Manpower Ida Fauziyah and Malaysian Minister of Human Resources, M. Sarayanan Murugan in Jakarta on Thursday, July 28, after the first Joint Working Group (JWG) meeting.

“Both parties agreed to resume PMI recruitment and placement in Malaysia from August 1, 2022, depending on the effectiveness of the commitment implemented in the MoU [memorandum of understanding],” Fauziyah said in a written statement.

She said the JWG meeting acknowledged several issues in terms of policies and technicalities that affected the implementation of the other MoU signed in April 2022.

Hence, the two parties had mutually agreed on using the One Channel System (OCS) to place PMI in Malaysia.

Fauziyah emphasized that pilot projects should also be carried out and implemented three months before the full implementation of the OCS system to ensure the smooth application of the integrated system.

“Both parties are also committed to facilitating cooperation between social security institutions in Malaysia and Indonesia to strengthen protection for PMI,” the minister stated.

Earlier, the Indonesian manpower minister had temporarily halted the placement of PMI in Malaysia due to the country’s violation in using another placement channel called the online maid system (MSO) which was not following the agreement between the two countries.

Indonesia's Kimia Farma, Malaysian Company Collaborate...
Comments
There are no comments
Comment wisely and responsibly. Comments are entirely the responsibility of the commentator as regulated in the ITE Law
Thank You! We have received your report. We will remove comments that conflict with the Community Guidelines and the ITE Law.