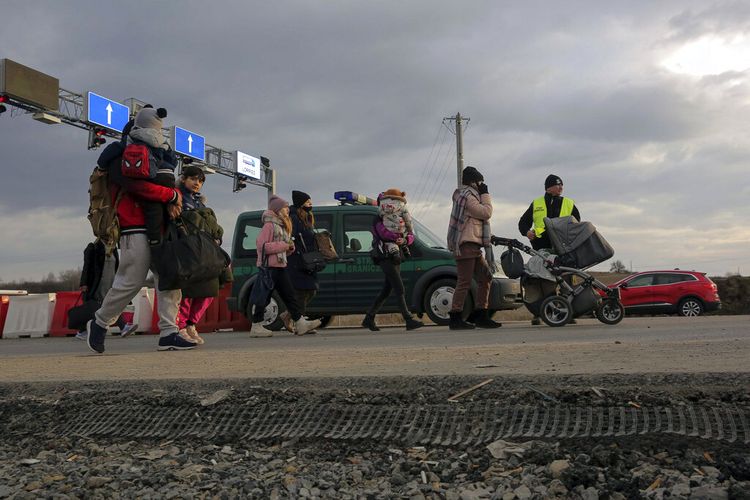 KOMPAS.com - More than half a million people have fled Ukraine since Russia launched a full-scale attack on the country, the United Nations said Monday, Feb. 28.

According to the UN, more than half fled into Poland.

“More than 500,000 refugees have now fled from Ukraine into neighboring countries,” UN refugee chief Filippo Grandi said in a tweet.

Also read: Indonesia Continues to Evacuate its Citizens from Ukraine

The UN agency said that many refugees were moving onward to other European countries, and some 34,600 had already done so.

Meanwhile, a spokesperson for the German interior ministry said that 1,800 refugees from Ukraine had arrived in Germany so far.

On Monday, a train carrying hundreds of people arrived in the southeastern Polish city of Przemysl.

EU to grant fleeing Ukrainians the right to stay and work

The EU is preparing to allow fleeing Ukrainians the right to stay and work in the 27-nation bloc for up to three years, senior EU and French officials said.