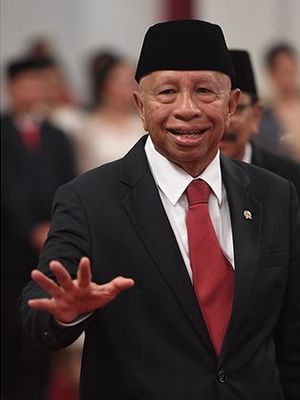 His death was confirmed by his brother, Hilmi Panigoro, who serves as the president director of PT MedcoEnergi Internasional Tbk (MEDC).

“We, the family of Mr. Arifin Panigoro and the Medco Group, would like to express our sincere thanks to all parties and employees for the support and prayers while he was receiving treatment,” Hilmi told Kompas.com on Monday, Feb. 28.

Arifin was being treated at the Mayo Clinic in Rochester in the US, according to epidemiologist of the University of Indonesia Pandu Riono, who had been working closely with Arifin to overcome tuberculosis in Indonesia.

Pandu said in the @drpriono1 Twitter handle that Arifin was the chairman of StopTBIndonesia and was very active in controlling Tuberculosis in the country. Pandu went on to add that under Arifin’s leadership, the Stop Tuberculosis Partnership received support from President Joko Widodo to overcome the disease.

“As the chairman, Mr. Arifin had invited President Joko Widodo to take part and pay attention to the problems caused by Tuberculosis in Indonesia,” Pandu said.

Arifin, who was born in Bandung, West Java on March 14, 1945, also received various accolades, including the Bintang Mahaputera Nararya, one of the country’s highest civilian honors.

He also previously served as a member of the House of Representatives from 1999-2004. In 2019, President Joko Widodo appointed him to become one of the members of the presidential advisory board.

The funeral will take place…