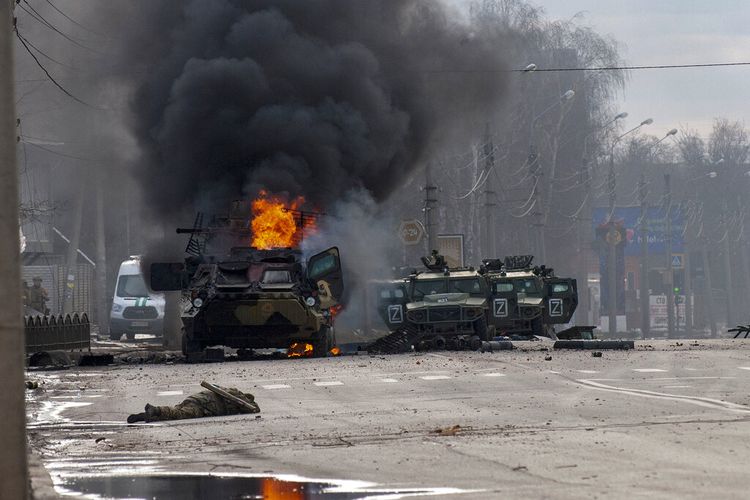 Indonesia’s Ministry of Foreign Affairs said that six other Indonesians have been evacuated from Lviv, the largest city in western Ukraine, to Rzeszow in Poland by land.

“Six Indonesian nationals and a foreigner (the spouse of one of the Indonesians) have been evacuated from Lviv to Rzeszow in Poland today. They are all in good health,” the ministry’s spokesman Teuku Faizasyah told Kompas.com on Monday, Feb. 28.

Recently, Indonesia through its embassy had also evacuated 25 Indonesians from Odesa, a province in southern Ukraine by land. Currently, there are a total of 153 Indonesians in Ukraine.

The ministry said that 82 Indonesians live in Kyiv and 13 others are in Kharkiv and Chernihiv, cities that are known as battlegrounds with Russia. Media reported that an apartment building in the city of Chernihiv in northern Ukraine was on fire after it was hit by a missile.

Judha said the government had prepared for aircraft and evacuation teams and continued to communicate with the Indonesians in Ukraine. They were urged to immediately report to the embassy for the further evacuation process.

The Indonesian citizens are called to make their way to the embassy. Those who have difficulty in getting transportation to a safe point at the embassy can ask for a pick-up.

Hopefully, they can also be flown to safer places in the neighboring countries.
“We are trying to evacuate them to Poland and Romania,” said Judha on Saturday, Feb. 26.