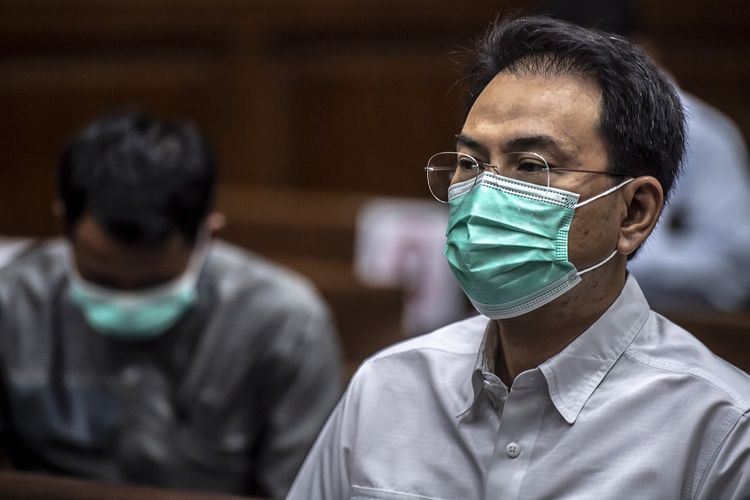 “The defendant, Azis Syamsuddin, was found convincingly guilty of committing a corruption offense as stated in the first alternative charge against him by the public prosecutor,” said presiding judge Muhammad Damis during a proceeding at the Jakarta Corruption Court on Thursday, Feb. 17.

“The defendant was sentenced to three years and six months in prison,” said the judge.
Besides, the court panel of judges ordered Azis to pay 250 million rupiahs ($17,462) of fines or subsidiary to four months of imprisonment. His political right and his right to run for public office for four years after serving his sentence were revoked.

The sentence is eight months shorter than previously demanded by the public prosecutors, while his political right was initially revoked for five years.

Following the verdict, Azis said that he will think about it.

Azis was found guilty of paying 3.6 billion rupiahs ($251,000) in bribes to then-anti-corruption investigator Stepanus Robin Pattuju and his lawyer friend Maskur Husain last year. At that time, Azis, who is also a senior Golkar Party politician, was suspected of being involved in a corruption case in the special allocation fund in Central Lampung along with another Golkar Party cadre Aliza Gunado. The bribe was paid to clear their names from being suspects.

1,300 Camping Tents Provided for Alternative...
Comments
There are no comments
Comment wisely and responsibly. Comments are entirely the responsibility of the commentator as regulated in the ITE Law
Thank You! We have received your report. We will remove comments that conflict with the Community Guidelines and the ITE Law.