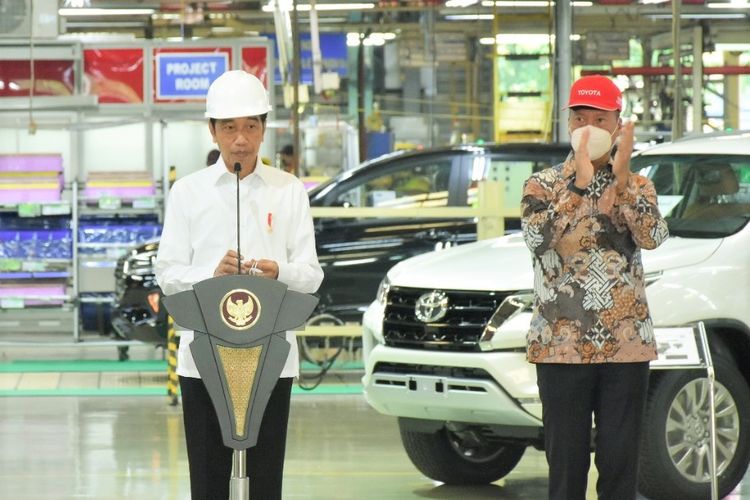 In his remarks at the ceremony, he said the export delivery served as proof that Indonesia had explored new export markets despite the pandemic.

“This pandemic has also opened up opportunities for the Toyota Motor Manufacturing Indonesia [to export the cars to Australia],” the president said in a statement provided by the Ministry of Industry.

“It is important to have manpower who are conscientious, accurate, and careful as these are crucial aspects in the car production to ensure the people’s safety.”

Jokowi extended his appreciation to the Ministry of Industry for promoting car export in nearly 80 countries on four continents.

“I am also glad that the local content of the domestically-produced cars reached more than 75 percent,” Jokowi said, adding that the components, parts, and accessories have been supplied by the local small-medium enterprises.

Industry Minister Agus Gumiwang Kartasasmita said in terms of investment, the automotive industry recorded 22.5 trillion rupiahs ($1.5 billion) in 2021, or up 220 percent compared to the investment in 2020.