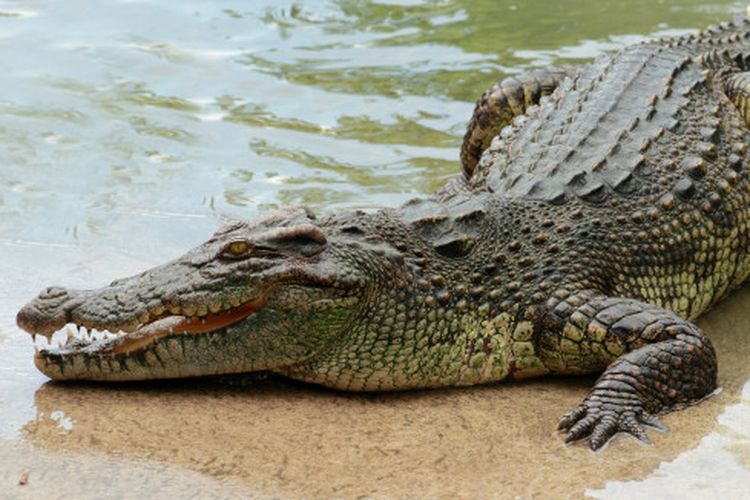 EAST BELITUNG, KOMPAS.com - The body of Juperi Ahmad, a sluice gate officer at a sand processing plant in East Belitung on Sumatra's Bangka Belitung Islands, was discovered partially two days after he was reported missing on Friday, June 18.

The 53-year-old was dragged by a crocodile into the river near the plant towards the end of his shift.

A joint search and rescue (SAR) team has evacuated the body by using a pair of body bags. The head of the local SAR team in Belitung Rahmatullah Hasyim said the victim’s body was found floating in the northern part of a swamp near Dukong village at 10.27 am on Sunday, June 20.

The swamp was known as the nest of saltwater and freshwater crocodiles.

Previously, it was reported that the search was hindered by tree branches at the location inhabited by crocodiles.

Head of the Pangkalpinang SAR Office Fazzli confirmed that Juperi Ahmad had experienced a dangerous incident.

"The search will continue tomorrow [Sunday] at 7:00 am. Today we're facing some obstacles including many twigs in the estuary and the location is inhabited by a lot of crocodiles," said Fazzli on Saturday, June 19.

He said that Juperi was reported missing on Friday night. The SAR members were then immediately deployed to the scene at around 2 am.

"If the crocodiles were fed, they wouldn't attack," said Mustadi, recalling his colleague.

He used to feed the crocodiles chicken and dog meat. On the day he was reported missing, the victim was known to be the last person to leave the plant.