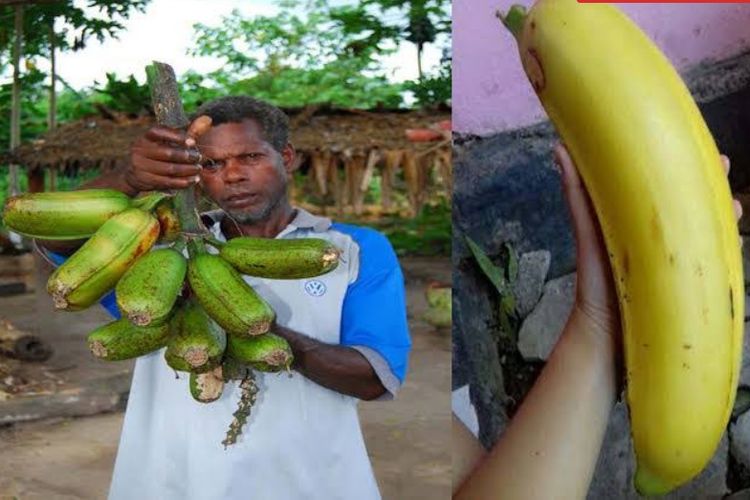 KOMPAS.com - Indonesia is a land of innumerable wonders, starting with its natural beauty, rich culture, and eclectic food. Speaking of the latter, Indonesia has some of the most striking fruits anywhere, including the largest banana tree in the world.

Most banana trees are usually about three to four meters in length, but these banana trees can be 24 to 30 meters high.

Known by their scientific name Musa ingens or Musa ingens NW Slimmonds, these trees are six to seven times higher than an average banana tree. Their diameter can reach 95 cm, with some websites claiming that its stem can reach one to two meters in diameter.

But for the inhabitants of Banfot villlage in West Papua's Tambrouw Regency, they are known by the less scientific name of ndowin or apit sepoh.

The banana fronds are just as supersized, boasting a length of up to five meters with a width of about one meter. Their size makes them ideal to store harvest products. The banana leaves are used by local residents as roofs of makeshift houses in the forest, or mats to sit and eat.

While an average bunch of bananas can weigh 30 to 50 kilograms, the giant Musa ingens banana bunch can weigh 60 kilograms. Their seeds are also a lot bigger than regular bananas.

As flora endemic to Papua,the…