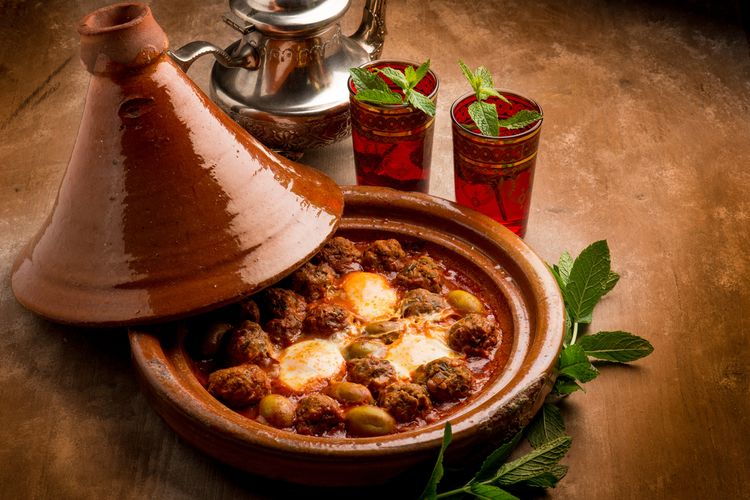 KOMPAS.com - Eid al-Fitr, or also known as Idul Fitri in Malay-speaking countries, is the festival that marks the end of the holy month of Ramadan and welcomes the arrival of Syawal month for Muslims. On the first day of Syawal, they will perform Eid prayers in the morning followed by feasting with family and friends.

Traditional meals and sweets to celebrate the festival will be served during their get-together events. In Indonesia, Eid meals usually include festive favorites such as semur (meat stew), chicken opor (chicken cooked in coconut milk), and ketupat (rice cakes).

Despite an overarching theme, food served on Eid is influenced by local customs and culture. Different countries have different Eid traditions for food. Below are 12 Eid food traditions from various countries in the world:

This special recipe is usually prepared by the Middle Easterners in Syria and Lebanon on a special day. Maamoul is buttery cookies filled with dates, walnuts, or pistachios and are usually coated with powdered sugar.

Cookies similar to maamoul can also be found in Iraq, Sudan, and Egypt. The cake is called kleicha.

Cambaabur is Somalian bread that is similar to injera, an African bread but has different spices. In Somalia, Eid celebrations are considered incomplete without cambaabur. These delicious bread sprinkled with sugar and yogurt are served in almost every house in Somalia.

Apart from Somalia, the cambaabur recipe is also very popular in Djibouti, Africa.