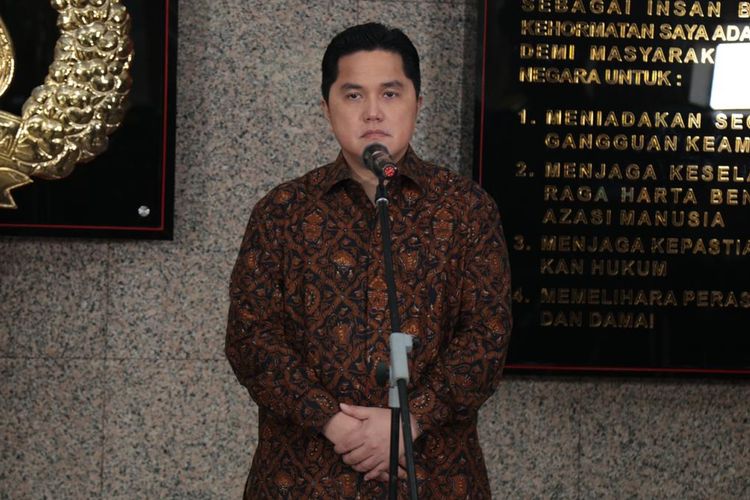 Other outgoing officials affected by the shakeup include Independent Commissioner Nurrachman, Commissioner Chrisma Aryani Albandjar and Pardiman Kimi Farma’s Financial Director. They will be replaced by Kamelia Faisal, Dwi Ary Purnomo, and Lina Sari, among other officials.

“The shareholders at Kimia Farma’s RUPST also decided to change the title of Financial Director to Finance and Risk Management Director.”

Erick has made his displeasure over the Kimia Farma scandal known, since the matter came to the public eye. “All parties who are involved in [reusing old rapid test kits] and committed to this act will be dismissed and brought to justice,” he said at the time.

Investigators estimated that about nine thousand travelers were affected by the used test kits, since the syndicate started operating in December 2020.

The police charged the suspects…

Indonesia, China Hold Inaugural Meeting of...
Comments
There are no comments
Comment wisely and responsibly. Comments are entirely the responsibility of the commentator as regulated in the ITE Law
Thank You! We have received your report. We will remove comments that conflict with the Community Guidelines and the ITE Law.