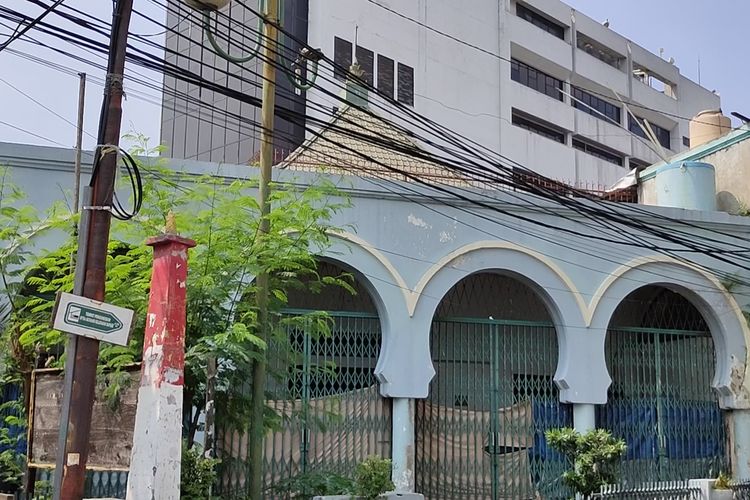 "She died in 1257 Hijriah (1792 AD). Her clan name was Cai," Jami Mosque caretaker Ali Khendra explained to Kompas.com on Tuesday, April 20. "Some locals referred to the woman, who was a member of the original Cai clan, as Fatimah. Others know her as Aisyah."

More familiarly known as Koh Ali, this denizen of Glodok, Jakarta's Chinatown district, is active in managing the mosque and well versed in its history. "Fatimah Cai was Muslim to begin with. She did not convert to Islam after arriving in Indonesia," he said.

"Islam in China was already developed, as seen in the voyages of Admiral Cheng Ho, an explorer who helped spread Islam to the Indonesian archipelago, particularly the north coast of Java."

Chinese Muslims are nothing out of the ordinary in the Glodok area. Mosques with Chinese cultural influences like exquisite carvings, censers, and other elements are common in the area. They included the Lautze Mosque in Sawah Besar district.

The Jami Mosque was initially built in the middle of an orange orchard, or Kebun Jeruk. Its present state was made to account for the increasing number of people who go there for prayer and other rituals in this house of worship.

The group gained notoriety in recent years, after Indian authorities prosecuted hundreds of the group's Indonesian followers, along with their counterparts from other countries.