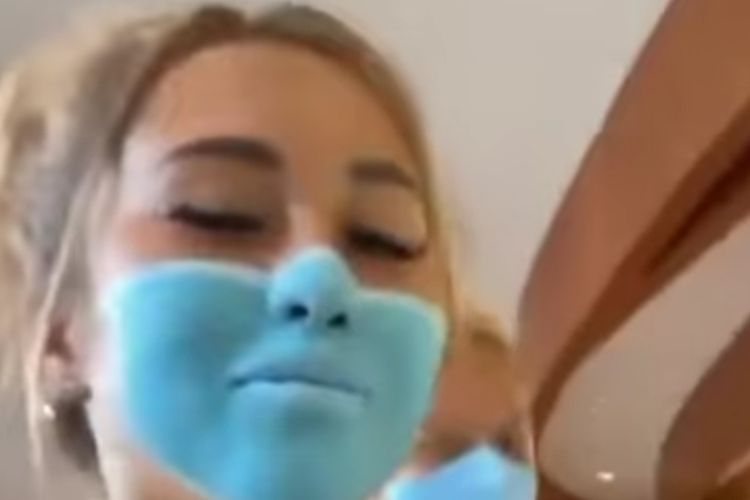 Instagram @denpasar.viralA screen shot of a foreign tourist who painted a bogus mask on her face

Bali has seen more than its fair share of shenanigans by foreign tourists, much of which have gone viral, especially as strictures imposed by the Covid-19 pandemic left many bored and chafing at the bit.

The tourists’ stunts included plunging motorcycles into the sea, or enlisting their significant others to break them out of holding cells in immigration offices prior to deportation.