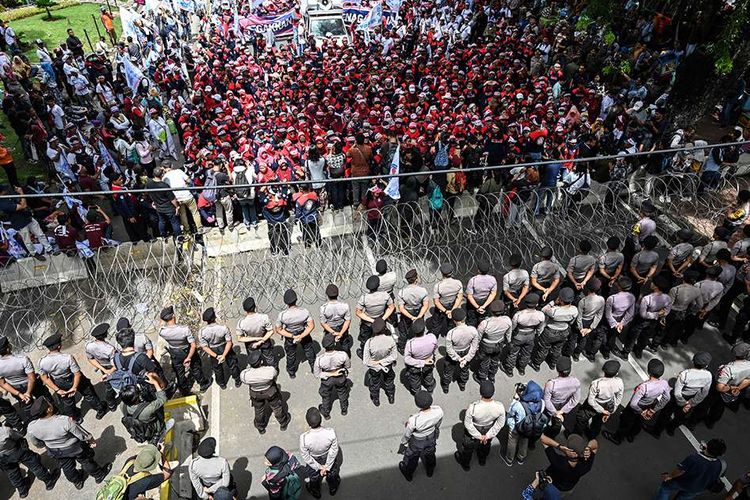 JAKARTA, KOMPAS.com - Despite Covid-19 President of the Confederation of Indonesian Trade Unions (KSPI) Said Iqbal announced Sunday that thousands of workers will unite to stage online and offline protests in the Constitutional Court building from 9 am to 1 pm on Monday, April 12.

"The protests will be held online and offline," Iqbal told a press conference which was held virtually on Sunday, April 11.

The workers will urge the Constitutional Court judges to revoke the Omnibus Law on Job Creation No. 11/2020, especially issues pertaining to labor. This includes sectoral minimum wage that must be enforced this year and Eid holiday allowance or locally known as THR must be paid in full.

Besides, the workers will also call on the Attorney General's Office to investigate an alleged corruption against the Workers Social Security Agency (BPJS Ketenagakerjaan).

"The case must be further investigated to identify a suspect," said Iqbal.

According to him, about 10,000 workers representing 1,000 companies in 20 provinces and 150 regencies or cities will stage the protests at the Constitutional Court building and the local government offices.

"We will follow the health protocols determined by the authorized officers and the Covid-19 Task Force," he said.