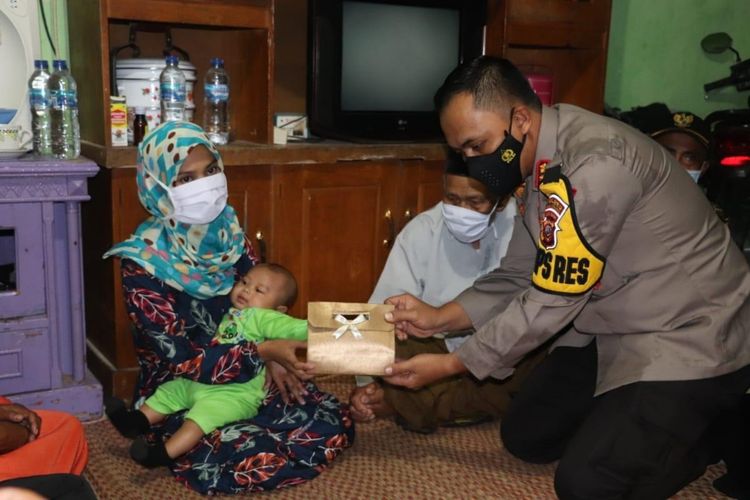 SUKABUMI, KOMPAS.com - President Joko "Jokowi" Widodo gave his money to the wife of a terror suspect who was recently arrested in Jakarta after last week's suicide bomb attack outside a cathedral in the Indonesian city of Makassar.

The woman who is identified as S previously told online news that following the arrest of her husband, she is facing financial difficulties as she has to raise a three-month-old baby on her own and has debts to pay.

"The online news was read by President Jokowi," said Lukman, adding that he also passed the president's messages on to her.

"This has no other purpose than purely for helping her," Lukman added.

Lukman went on to say that S looked happy when receiving the money from President Jokowi as her voice was heard.

"The terror suspect's wife was delighted as President Jokowi immediately responded to her plight, reducing her financial burden," he said.

Previously, the National Police counter-terrorism squad, or also known as Densus 88, arrested a terrorist suspect identified by the initials BS on March 29 in Jakarta after the suicide bombing at the catholic church in Makassar. Later in the day, the police went to BS' house in Sukabumi Regency, West Java. Upon arrival at the house, the police found S who married BS for one and a half years.

"I'm looking for a job because I have a debt to pay in the bank. If my husband doesn't work, who pays for it?" she said.