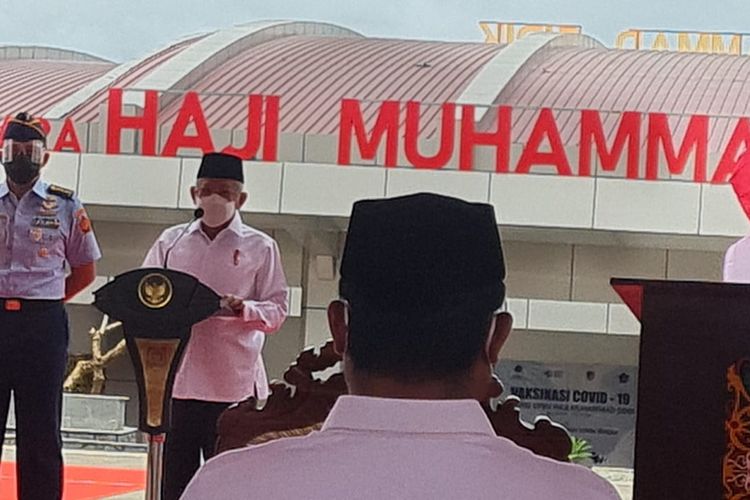 "By saying Bismillahirrahmanirrohim [In the name of God], I declare that the Haji Muhammad Sidik Airport is now officially operated. Hopefully, our efforts will be blessed by God," said Ma'ruf.

Ma'ruf said that the Haji Muhammad Sidik Airport's construction is one of the government's efforts to improve air connectivity.

According to him, the airport's construction is also in line with the development of food estate in Central Kalimantan province as is mentioned in the national priority program.

"Haji Muhammad Sidik Airport was built with local wisdom. The architectural style resembles the shape of Kalimantan traditional Betang house and Saluang Teweh design and a signature Central Kalimantan ornament, which will certainly add the pride of the Central Kalimantan people," he said.

Ma'ruf expressed hope that the airport can be well managed, so it can contribute to support the economic development, the tourism industry, as well as coal and gold mining industries in the province. Ma'ruf also hoped that cooperation with the airlines at the airport can be established well.

"With cargo services, the commodity products from North Barito can be distributed to various regions," he said.

He hoped that the development…