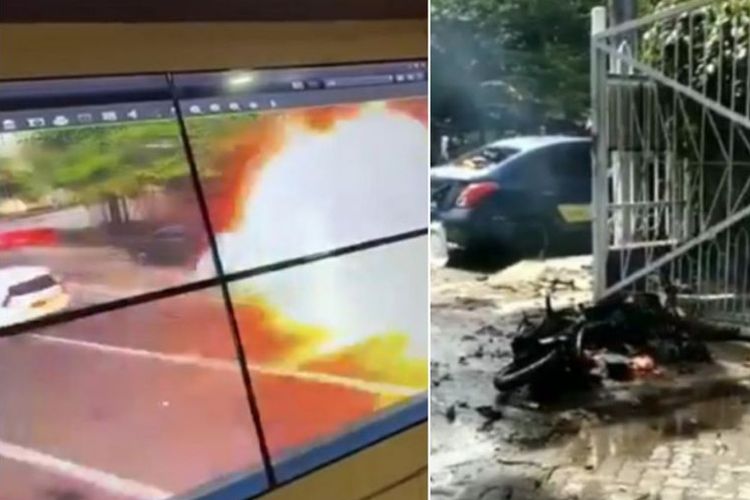 SS/Twitter Via The Straits TimesCCTV footage of the suicide bombing on the Sacred Heart Cathedral in Makassar, South Sulawesi on Sunday (28/3/2021). The blast killed the two attackers and would 20 members of the congregation, as well as church security 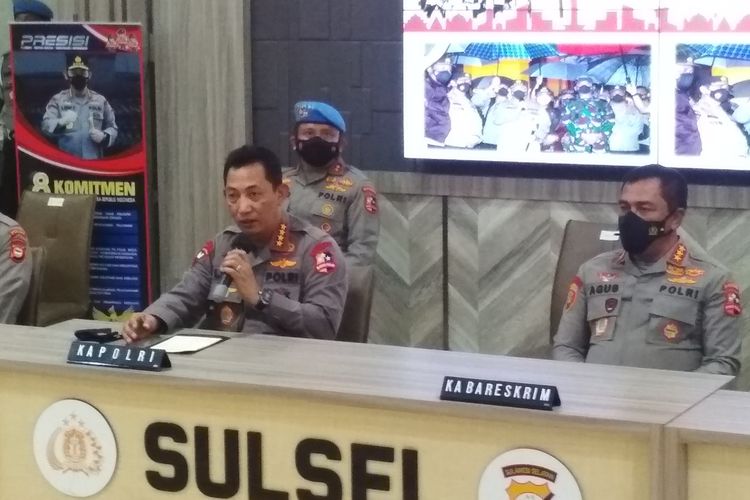 JAKARTA, KOMPAS.com – Indonesian police investigators have determined that the Jamaah Ansharut Daulah husband and wife suicide bombers behind the Makassar Cathedral suicide bombing have long been known to be the group’s ideologues, before they carried out the blast.

The Indonesian National Police plan to work closely with the Ministry of Religious Affairs and a variety of religious and youth group to protect the Indonesian public from radical ideologies.

And the Densus 88 counterterrorist police are poised to find links between JAD and the outlawed Islamic hardline group the Islamic Defenders Front or FPI, after the banned organization’s attributes during its raid on the militants in Jakarta and Bekasi regency in West Java province.

Indonesian National Police Chief General Listyo Sigit Prabowo announced that the married couple behind Sunday’s suicide attack at Makassar Cathedral in Makassar, South Sulawesi has long been known to disseminate radical ideologies, months before they carried out the attack that killed them.

“L and YSF, the husband and wife who carried out the suicide attack before Makassar Cathedral, were known to share Jihad doctrines at [Islamic] prayer group meetings,” he said at a press conference in the headquarters of the South Sulawesi Regional Police on Monday.

“Aside from instructing their fellow militants with jihadist doctrine, the two were tasked with preparing plans for jihad and buying materials for a suicide bomb since they were married six months ago,” Listyo asserted.

He added that L and YSF worked closely with four of their accomplices in Bima West Nusa Tenggara, AS, SAS, MR and Aa to prepare detonators that they will use in the attack on the Cathedral and other bombings. Listyo declined to elaborate further.