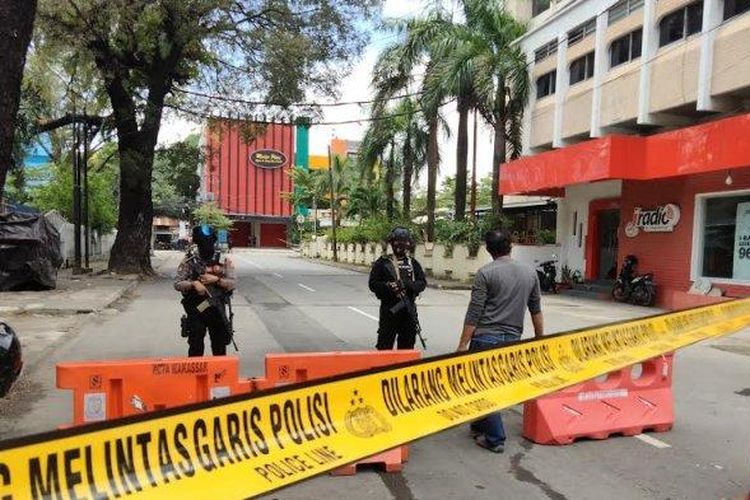 Lihat Foto
Police stand guard near the scene after an explosion in front of a cathedral in the Indonesian city of Makassar in South Sulawesi on Sunday, March 28, 2021. (TRIBUN-TIMUR.COM/EMBA)

KOMPAS.com – An explosion occurred in front of a cathedral in the Indonesian city of Makassar, South Sulawesi province on Sunday, March 28.

A witness, Armin Hari, told Kompas TV that he heard the explosion when he was still at a clinic on Hasanuddin Street near the scene. As he left the clinic, he then used an online motorcycle taxi. On his way home, he passed Kartini Street.

“I saw a crowd of people and I was told that the bomb went off, people were seen running,” Kompas TV quoted Armin as saying.

“The security apparatus have been deployed, they are marking the broken pieces of some items,” said Armin.