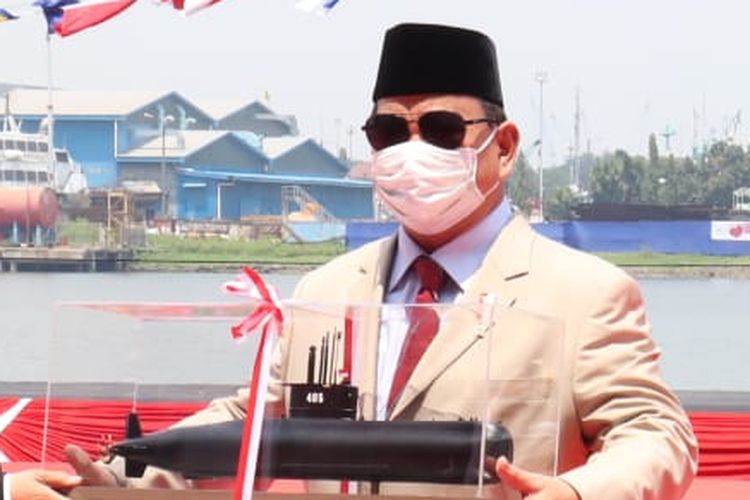 Lihat Foto
Indonesian Minister of Defense Prabowo Subianto with a model of the Indonesian Navy's new submarine, the Alugoro-405 (Kemenhan) Indonesia is taking prevention of Covid-19 past vaccinations, after the Food and Drug Agency or BPOM approved use of a Russian medication to treat Covid-19 symptoms on recovering coronavirus survivors.

And the government has prohibited the annual beloved homecoming tradition for the Eid al-Fitr or Idul Fitri Islamic holiday, in a bid to break the chain of transmission and avoid a surge in cases from holiday travelers similar to the Christmas and New Year’s year-end holidays.

Indonesian Minister of Defense continues his efforts to bolster bilateral military relations with other countries, as he met his British counterpart Ben Wallace MP from March 22 to 24.

“The ministers touched on bolstering relations between the Indonesian and British militaries. They also touched on cooperation at the regional and global levels,” said Indonesian Ministry of Defense spokesman Dahnil Simandjuntak, as quoted by the Antara State News Agency Friday.

“Prabowo also attended the Joint Defence Cooperation Dialogue, which touched on military training as well as the procurement of modern defense systems since it was first held in 2019. The meeting also highlighted the overall good bilateral relations between Indonesia and Britain.”

Aside from the United States, the two-time presidential hopeful was also banned from entering Great Britain due to his role in human rights violations in the last months of his father-in-law Soeharto’s rule in 1998.

These include the kidnapping of activists as well as the killing of four students from Trisakti University in Jakarta, which triggered the May 1998 riots in the runup to Soeharto’s downfall.